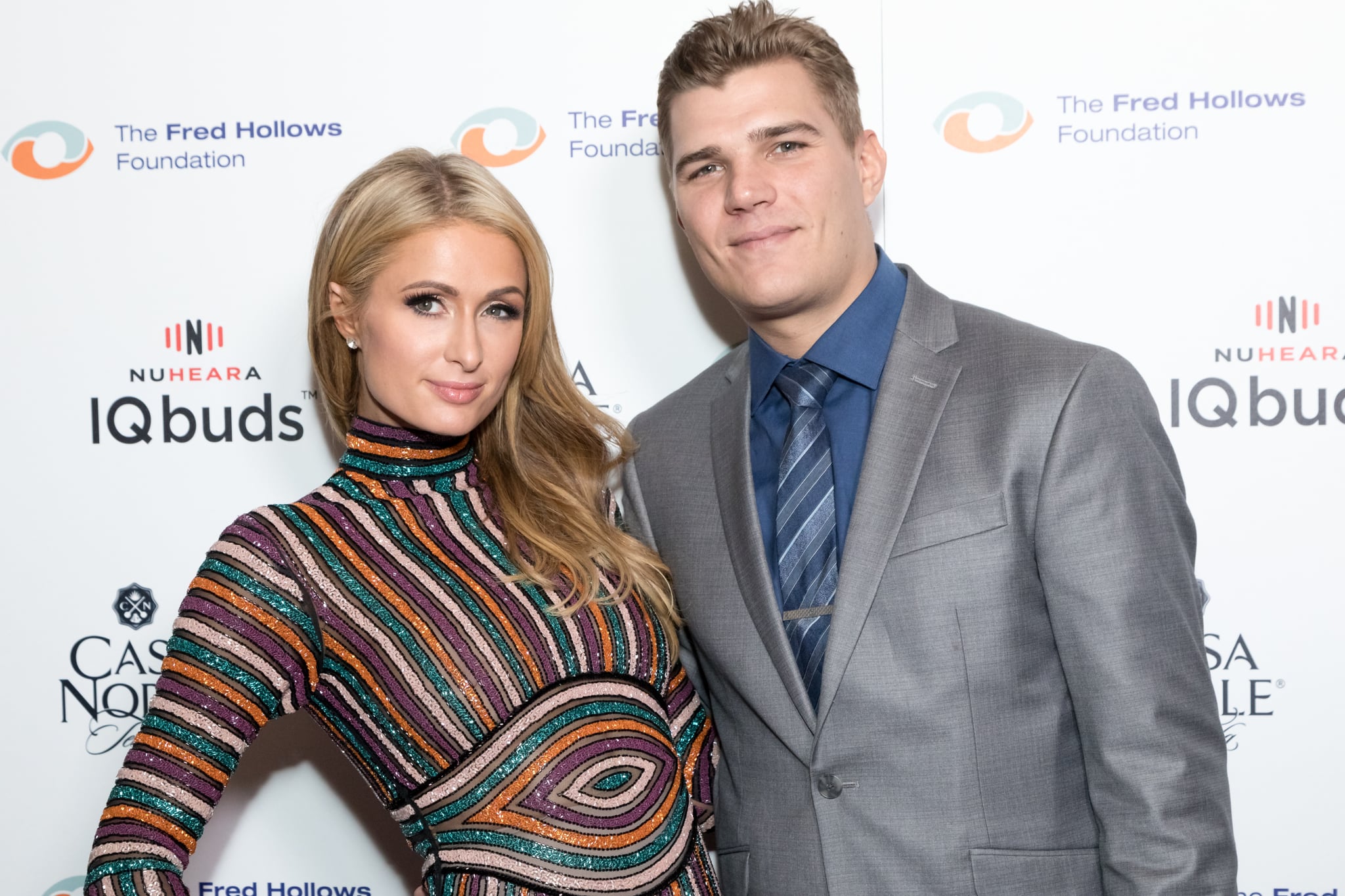 Paris Hilton rang in the new year with a big ol' diamond ring and a proposal from her boyfriend, Chris Zylka. On Tuesday, it was confirmed that Paris and Chris are in fact engaged, and like the 36-year-old heiress always says, "That's hot!"

The same day, Paris shared a series of photos on Instagram from the Colorado mountaintop proposal, and it appeared to be a magical moment. "I said Yas! 👰🏼💅🏼💍💎 So happy & excited to be engaged to the love of my life. My best friend & soulmate. Perfect for me in every way. So dedicated, loyal, loving & kindhearted. I feel like the luckiest girl in the world! You are my dream come true! Thank you for showing me that fairytales do exist.😍," she wrote.

While we know that Paris said "yes" in Aspen to Chris and that the two went public back in February 2017 (after meeting eight years prior and starting a romance two years ago), there is still a lot of unknowns about the blond beauty's future husband. Luckily, we've rounded up a few more facts about Paris's fiancé below, so you too can get to know him a little better.

Congratulations again to Paris and Chris on their engagement!