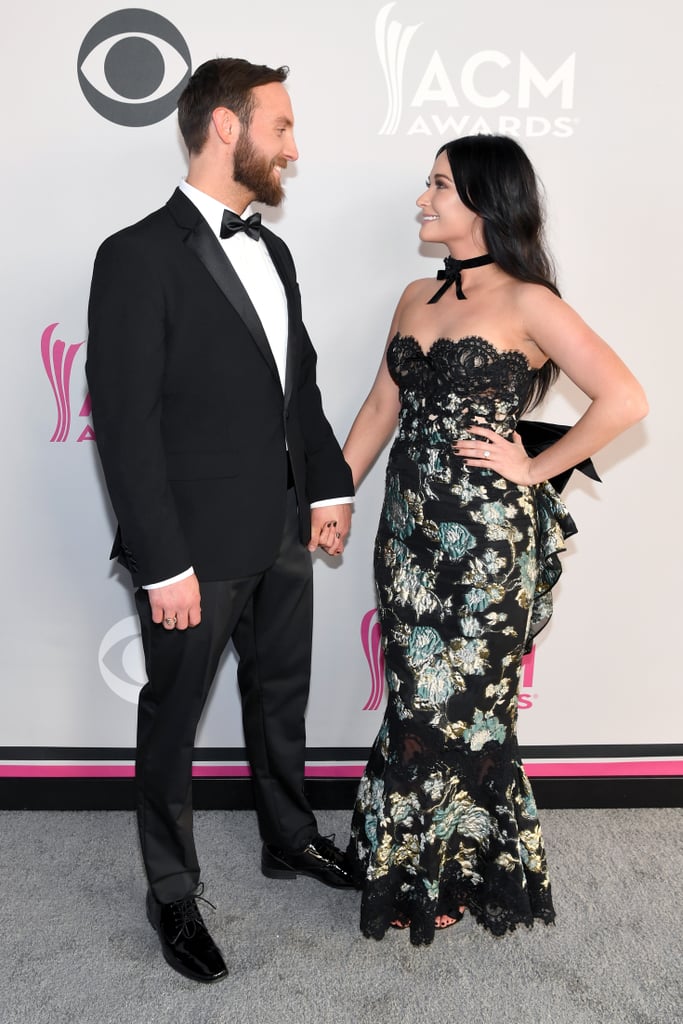 Over the past few years, fans have fallen in love with Kacey Musgraves's no-nonsense attitude and witty lyrics, but now she's showing a softer side with her third studio album, Golden Hour. As she sings about falling in love and finding the right person, it's pretty obvious the inspiration behind her songs is her real-life love story with fellow country singer Ruston Kelly. In fact, she wrote her hit single "Butterflies" after meeting him. "[I'm] in a really happy stage of my life, a really beautiful chapter," she told The Fader. "And I obviously was very inspired to write about that."

The two first started dating in early 2016, and they got engaged on Christmas Eve later that year when Ruston proposed in Kacey's childhood home. In October 2017, the pair made things official when they tied the knot during a gorgeous woodsy wedding in Tennessee. While they've only made a handful of public appearances together, it's clear from their photos that they do, in fact, give each other "butterflies." See some of their sweetest moments together ahead.