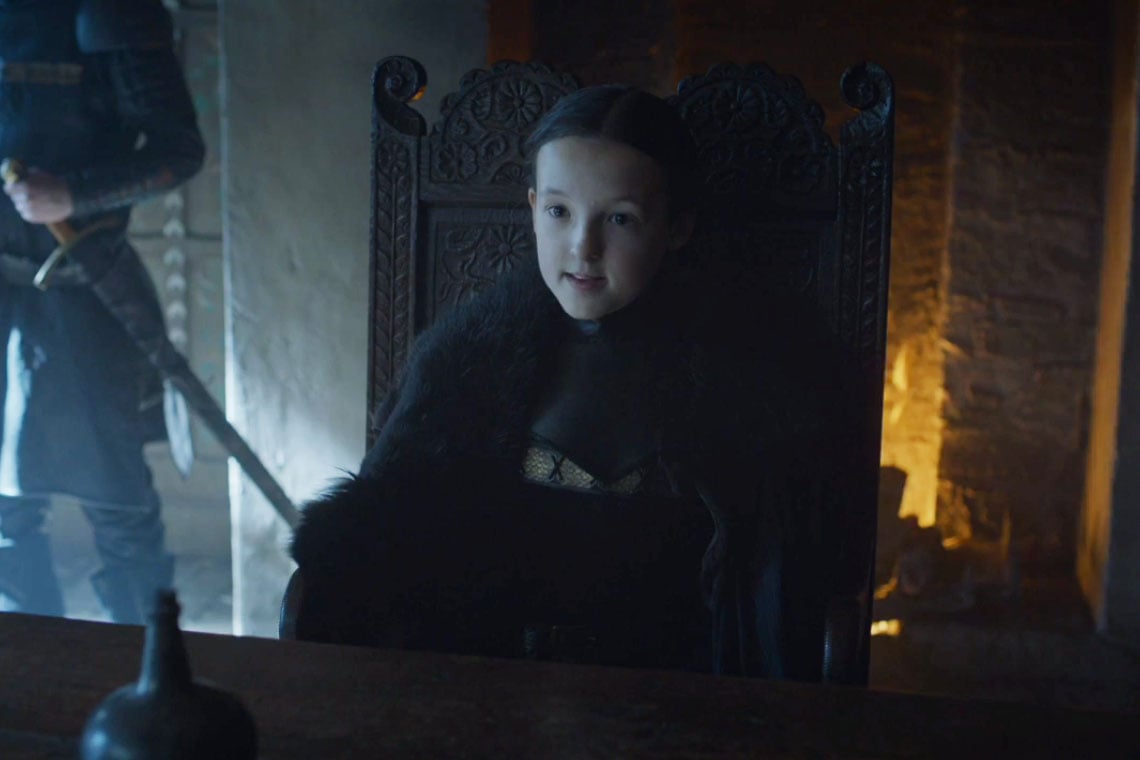 In season five of Game of Thrones, Lyanna Mormont punctures Stannis Baratheon's dreams of easily rallying Northerners to his cause with a one-sentence note: "Bear Island knows no king but the King in the North, whose name is Stark." When we meet 10-year-old Lyanna in Sunday's episode, she wastes no time deflating Jon Snow's friendly overtures as well. A Northerner to the bone, Lyanna takes after her gruff and practical Bear Island ancestors. Here's what you need to know about the lil spitfire.

Who Is She Related To?

Lyanna is the niece of Jeor Mormont, the late Lord Commander of the Night's Watch. She is also the cousin of Jorah Mormont, the disgraced and exiled son of Jeor. Her mother, Maege Mormont, was head of House Mormont and swore allegiance to Robb Stark when Jon Umber proclaimed him King in the North.

How Does She Become Head of House Mormont?

Lyanna reveals in Sunday's episode that her mother had died fighting for Robb Stark during his rebellion. Jeor Mormont had abdicated his seat as head of House Mormont to join the Night's Watch and later dies at Craster's Keep when his men mutiny. Jeor Mormont's only son and heir is Jorah Mormont, but Jorah flees Westeros under threat of a death sentence for selling slaves. With Maege and Jeor dead and Jorah out of the picture, Lyanna becomes the head of House Mormont.

Why Is She Important?

Lyanna might be even younger than little Rickon Stark, but necessity forces her to grow up fast. She commands loyal forces and isn't afraid to stand up to Stannis Baratheon or Jon Snow. She reminds Sansa and Jon that she has to put her own people first, and Davos only convinces her to give the Starks men when he reminds her of the White Walker threat. Yet as practical as Lyanna might be, the Mormonts are still a fiercely loyal house, and their ties to the Starks run deep. Lyanna is even named after Lyanna Stark, the sister of Eddard Stark. In season five, her message to Stannis is a powerful reminder that the North still remembers. Even though she only gives Jon and Sansa 62 fighters, she could play a key role in rallying the North to unseat the Boltons.