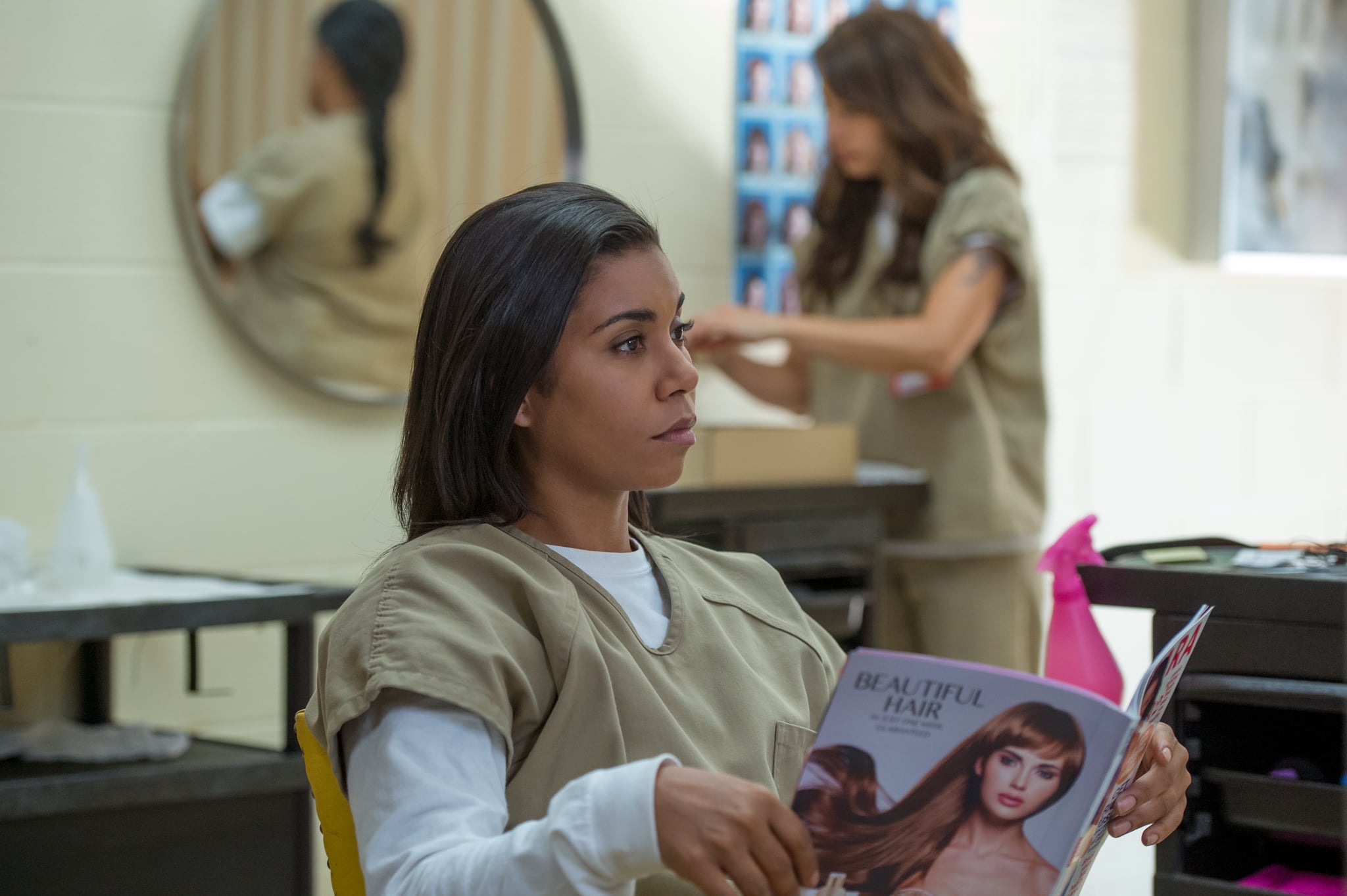 Maria Ruiz has been on Orange Is the New Black since the beginning, but it's only in season four that she becomes a main player. With an influx of new inmates, most of whom are Dominican, Blanca Flores decides to capitalize on their newfound majority. Flores tries to convince Ruiz to be part of the the newly formed Dominican gang. After some trepidation, not only does Ruiz join, but she quickly assumes the position of leader. So who is Maria Ruiz and what has she been doing for the past three seasons?

We first meet a heavily pregnant Ruiz in season one. She gives birth to a baby girl who goes to live with Ruiz's boyfriend, Yadirel. After she returns to Litchfield from the hospital, she sinks into a deep depression and sleeps for the rest of the season.

In season two, Ruiz is visited by Yadriel and her baby, Pepa, on a regular basis. While Ruiz is clearly overjoyed to see Pepa, Yadriel remains apathetic and almost aloof. At one point during the season, Ruiz is earmarked to transfer to another prison, which would be too far for Yadriel to visit. She begs Yadriel to talk to Pepa more to ensure she doesn't grow up with language difficulties. The transfer doesn't go through and the next time he they visit, it's clear that Yadriel has been speaking to Pepa.

The most heart-wrenching moment for Ruiz comes in season three when Yadriel announces that he will no longer be bringing Pepa to visit her. He claims that the baby is beginning to understand that her mother is in prison and he doesn't think it's good for her. The timing of this particularly poignant as he tells her this just as they reach the visitation gates. Ruiz is helpless as watches Pepa being taken away from her for the last time. She's so distraught that she has to be physically restrained by the other inmates.

Ruiz originally had six years left on her sentence. She was optimistic she'd still be able to develop a bond with Pepa when she got out. This plan is now dashed. Piper's snitching in season four leads to Ruiz having three to five years added onto her sentence.