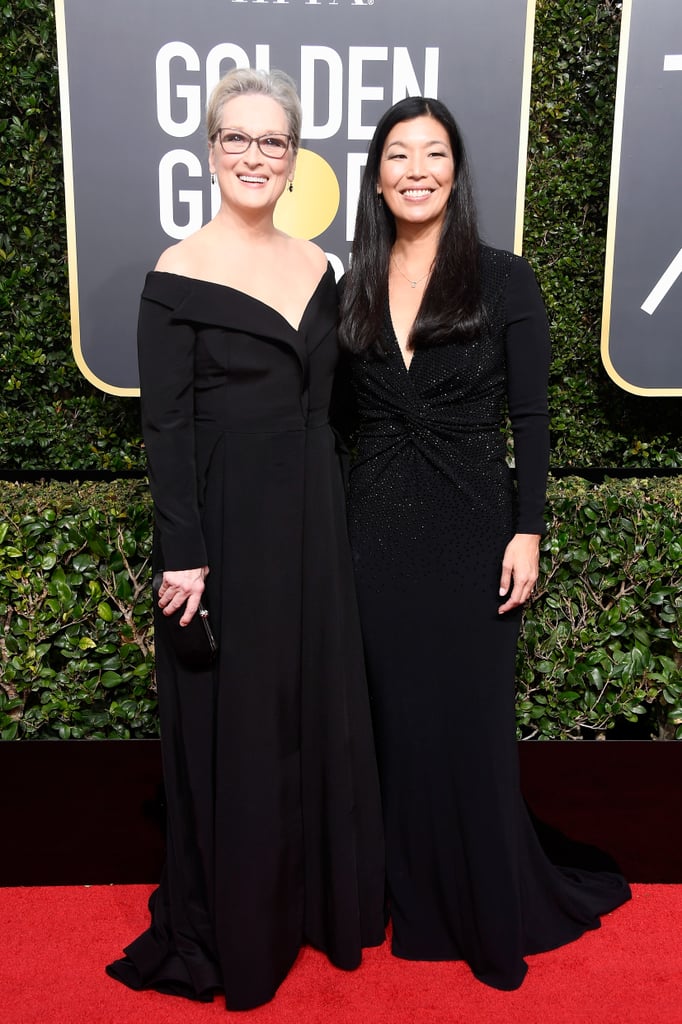 Meryl Streep used her platform to give a voice to the voiceless at the 2018 Golden Globes. The actress, who is nominated for her work in The Post, showed up at the event with Ai-jen Poo, the director of Domestic Workers, an alliance which works toward building fairness and equality for women in the workplace. Before hitting the red carpet, Meryl took a selfie with Ai-jen, who said she was joining the Oscar award winner to shine "a spotlight on domestic workers [and] people who are particularly vulnerable to abuse in the workplace." Meryl was just one of many women who walked the red carpet with activists as their date in honor of the Time's Up movement following the recent wave of sexual harassment allegations in Hollywood. Read on to see more photos of Meryl's night out at the Globes ahead.