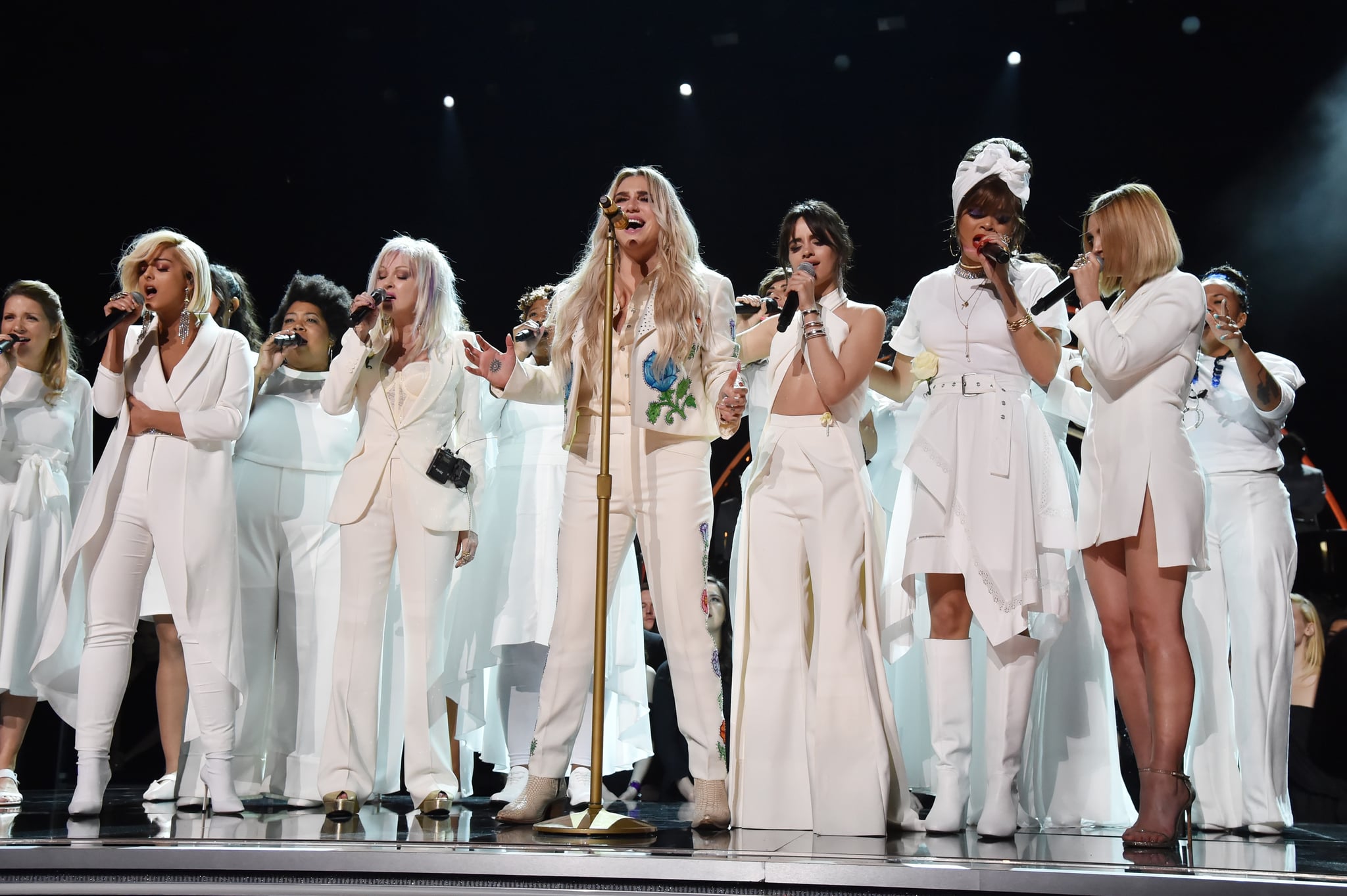 When women support one another, pure magic happens. Kesha was surrounded by the most beautiful group of ladies while she performed her tear-inducing song "Praying" at the 2018 Grammy Awards.

As Kesha performed the song — which she released in the wake of her dismal personal legal battle against record producer Dr. Luke — she was joined by Cyndi Lauper, Camila Cabello, Andra Day, Bebe Rexha, Julia Michaels, and the Resistance Revival Chorus. All of the women were dressed in white and joined in an emotional group hug at the end.

Kesha was nominated for two Grammys at this year's award show for best pop performance for "Praying" and best pop vocal album for "Rainbow." Although she didn't go home with either award, she's a huge winner in our eyes. 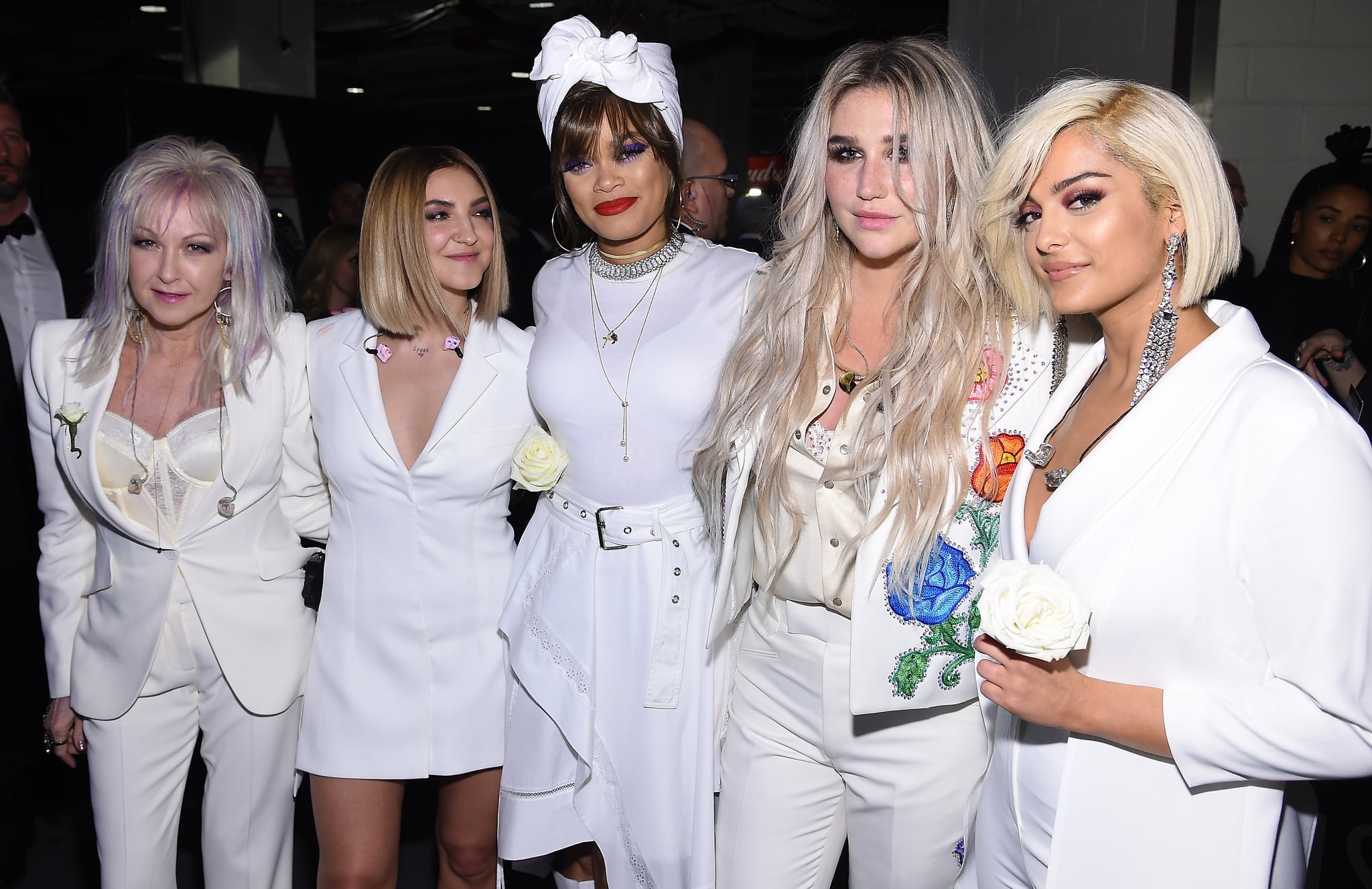