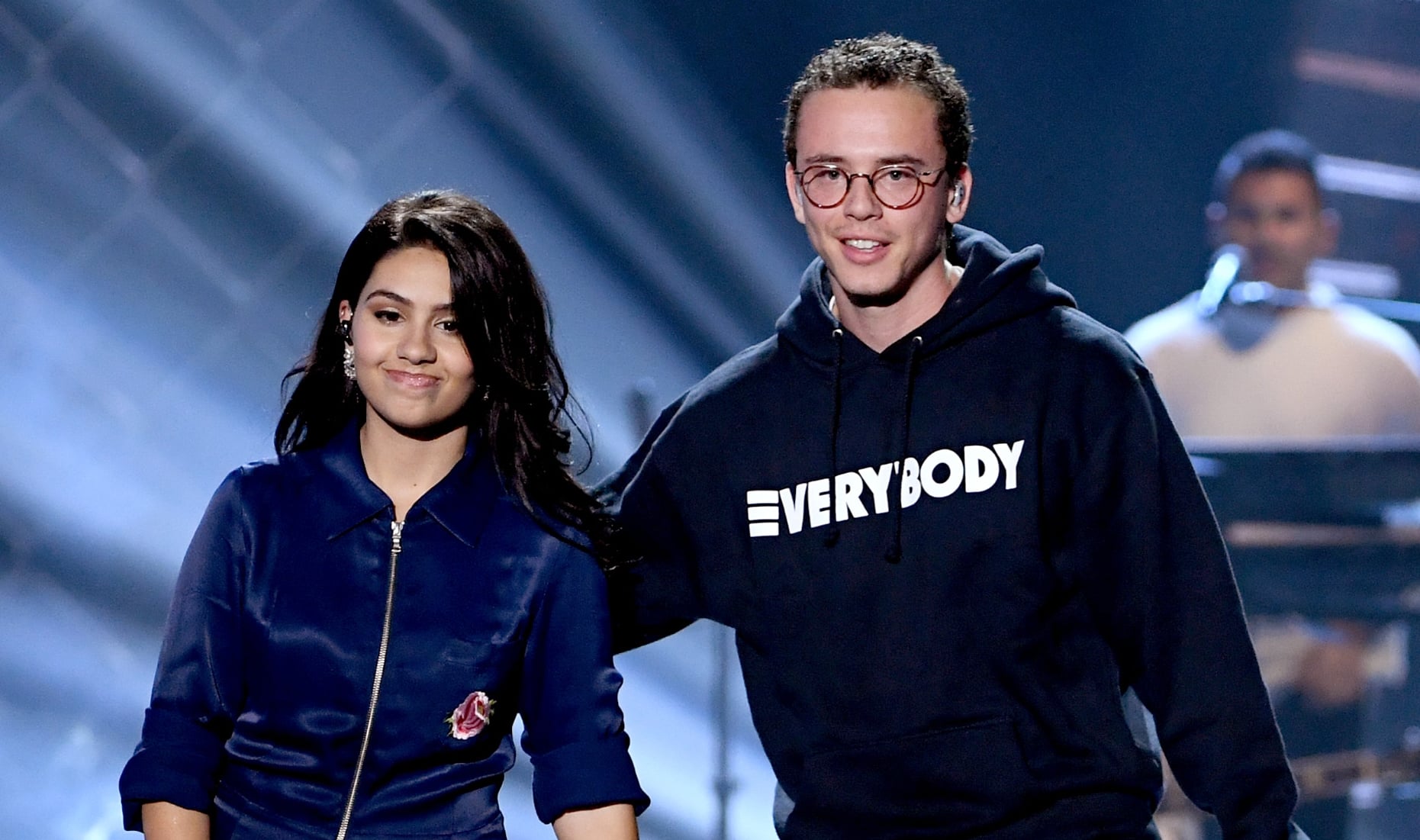 Logic, Alessia Cara, and Khalid have come up with one of the best possible uses of their platform. When the three perform at the upcoming Grammys ceremony, they'll raise suicide awareness in a big way. The trio are among the select performers scheduled to take the stage at the ceremony on Jan. 28, and they will be joined by a group of suicide attempt and loss survivors selected by the National Suicide Prevention Lifeline, during their performance for their Grammy-nominated hit, "1-800-273-8255."

The song, which is titled after the number for the National Suicide Prevention Lifeline and features lyrics like "I don't wanna be alive / I just wanna die today," is nominated not only for song of the year, but also best music video. The artists previously performed the song alongside suicide survivors at the MTV VMAs back in August, and following their performance, the National Suicide Prevention Lifeline revealed that their call volume increased by 50 percent! If only there were more people like these musicians out there.