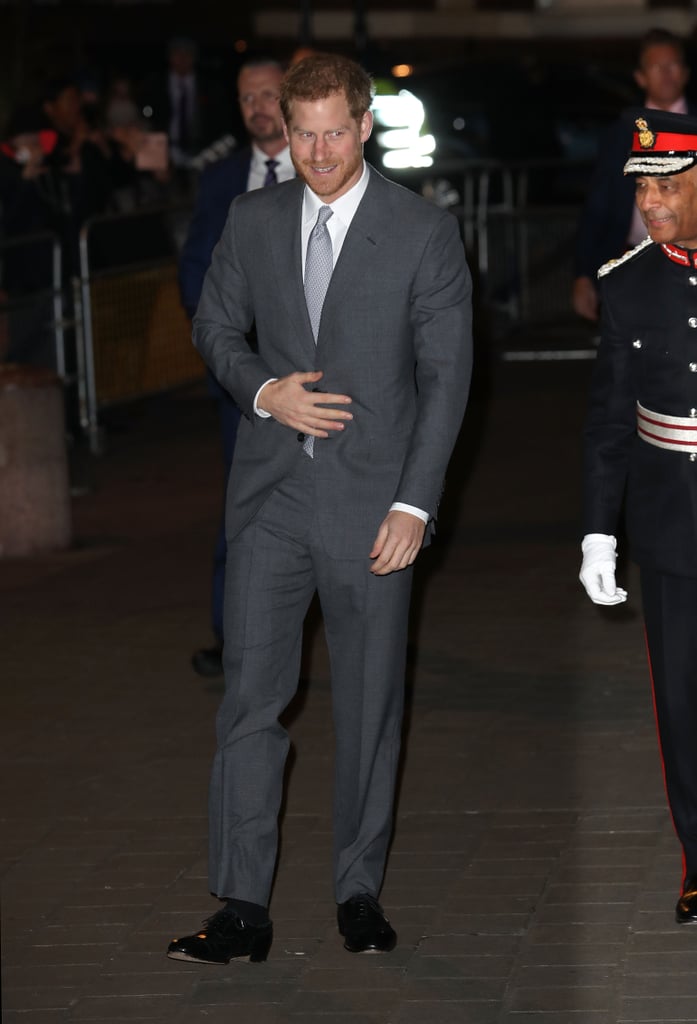 After stepping out for his first engagement with Meghan Markle in England on November 27, Prince Harry resumed his royal duties when he attended the London Fire Brigade Carol Service at Westminster Cathedral on Monday. Clad in a gray suit, Harry stepped out out solo for the annual event, which includes holiday readings and traditional Christmas carols and honors the fire and rescue service team, as well as their families and former colleagues.

Harry's outing comes amid reports that the royal has asked Prince William to be his best man at his upcoming wedding to Meghan. "Harry has several close guy friends, but there's no way he would ask anyone but William to take on the top job," a source told the publication. Harry also served as William's best man at his 2011 wedding to Kate Middleton. Another insider revealed that Prince George and Princess Charlotte will also have roles during their big day. If Pippa Middleton's wedding was any indication of what we can expect, we are so, so ready for Harry and Meghan to tie the knot on May 21!