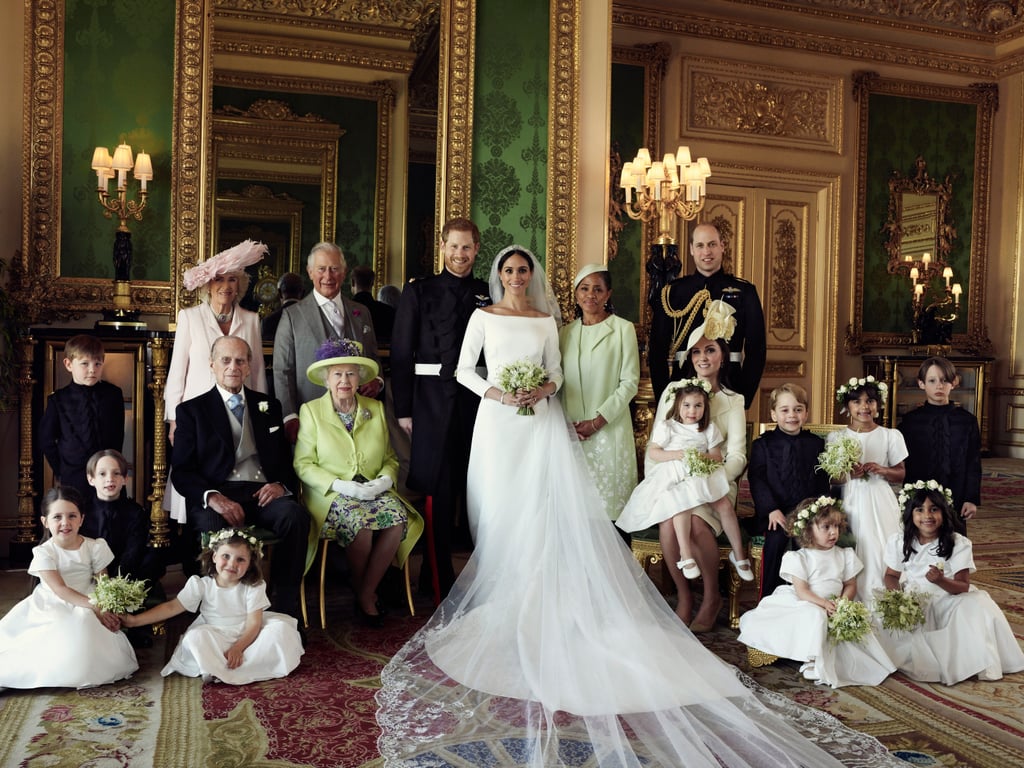 Prince Harry and Meghan Markle's nuptials were, hands down, one of the most beautiful royal weddings we've ever seen! Between the couple's emotional vows and Meghan's opulent gown, there were so many precious moments to obsess over. Oh, and let's not forget about the adorable wedding party! The group consisted of six bridesmaids and four pageboys, and it just so happens that three of the children share a special connection with Harry. Zalie Warren, Florence van Cutsem, and Jasper Dyer are all Harry's godchildren.

In an interview for The Telegraph's podcast Mad World back in April 2017, Harry opened up about how he practices being a dad with his godchildren. "I'm a godfather to quite a few of my friends' [kids]," he said. "Um, actually only five or six." While it's still unclear who the other two or three godchildren are, Harry did say that he's a good godfather. "I think the key to that is to grow up, but also to be able to stay in touch with your childhood side. If that means going to someone's house and sitting there and playing PlayStation and kicking the ass of their son on or whatever it is, then I'll try and do that. I've actually had a lot of practice for that." We can't wait until Harry and Meghan have kids of their own!