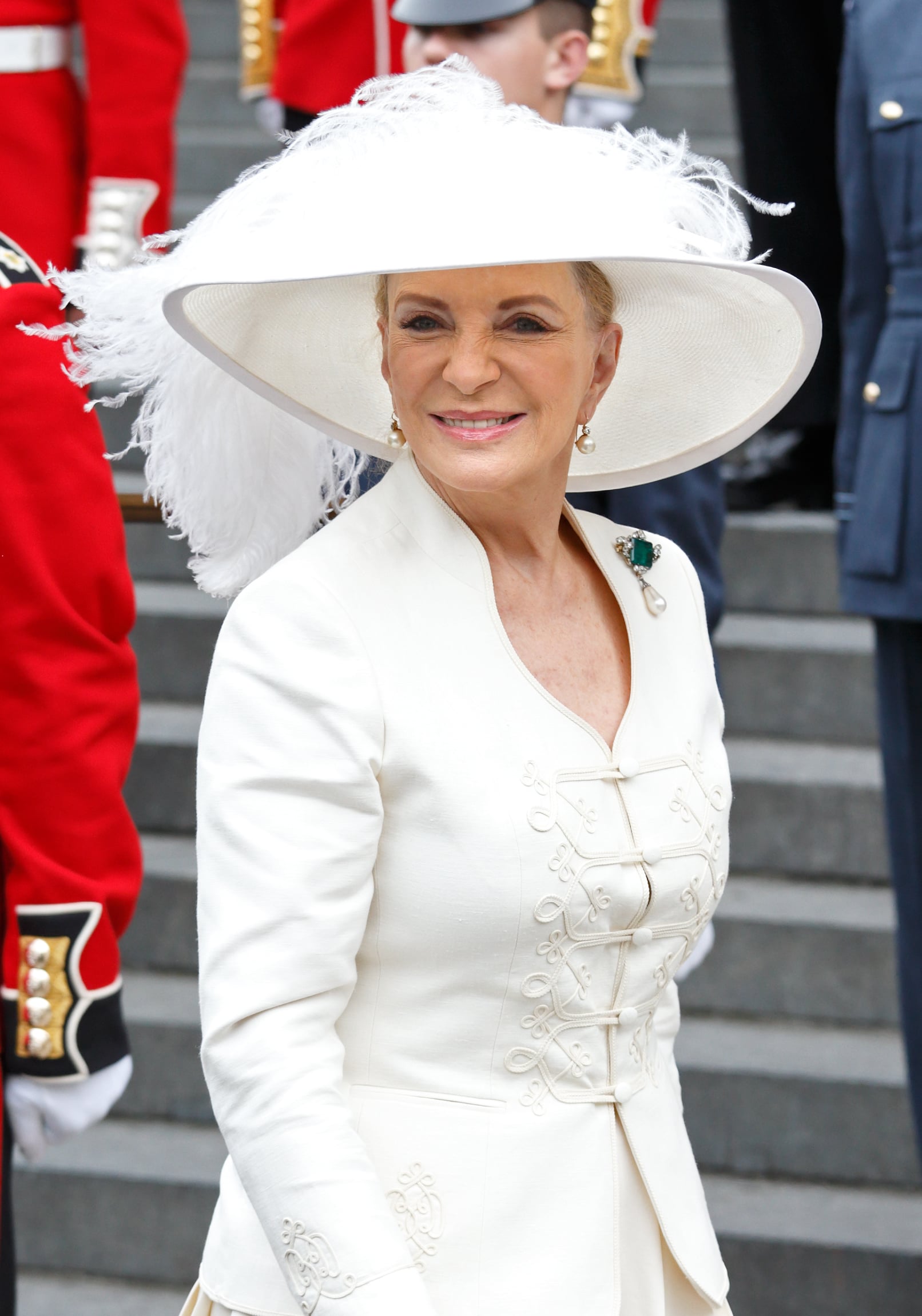 Prince Harry and Meghan Markle's exciting engagement news has clearly brought out the best and worst in people; the fact that Meghan Markle is biracial — her father, Thomas Markle, is white, and her mother, Doria Ragland, is black — has many people cheering the British royal family for their steps toward a more diverse and inclusive monarchy but has also spurred racist comments from the public. Unfortunately, the latest offensive gesture comes from within the family itself.

While arriving for Queen Elizabeth II's annual pre-Christmas lunch for extended members of the royal family this week, Princess Michael was photographed wearing a gaudy and historically racist brooch in her car with husband Prince Michael of Kent. The 72-year-old royal adorned her white coat with a blackamoor pin; blackamoor is a genre of art or jewelry that depicts men and women with dark black skin and is symbolic for fetishizing slavery. This depiction of black people can be traced back to 18th century Europe, but also made its way to US in the with perceivably racist figures like Aunt Jemima and Uncle Ben and culturally insensitive forms of entertainment like blackface.

Keep in mind that Meghan Markle attended the same lunch with Prince Harry, and according to reports, it was her first time meeting many extended members of the royal family — including Princess Michael of Kent. Princess Michael's choice of accessory was not just ugly in looks but also in spirit: meeting one of the first black women to marry into the British royal family and you're going to wear a blackamoor pin? While it's very hard to believe that her actions were unintentional, Princess Michael of Kent issued an apology for wearing the brooch, saying that she is "very sorry and distressed," and that the pin is "a gift she's worn many times before, without controversy." A source connected to Kensington Palace told TMZ that the princess didn't mean to insult Meghan or people of color and that she is "going to retire the brooch for good."

So, just who is Princess Michael of Kent? Here are a few things to know about her (besides her questionable taste in jewelry).