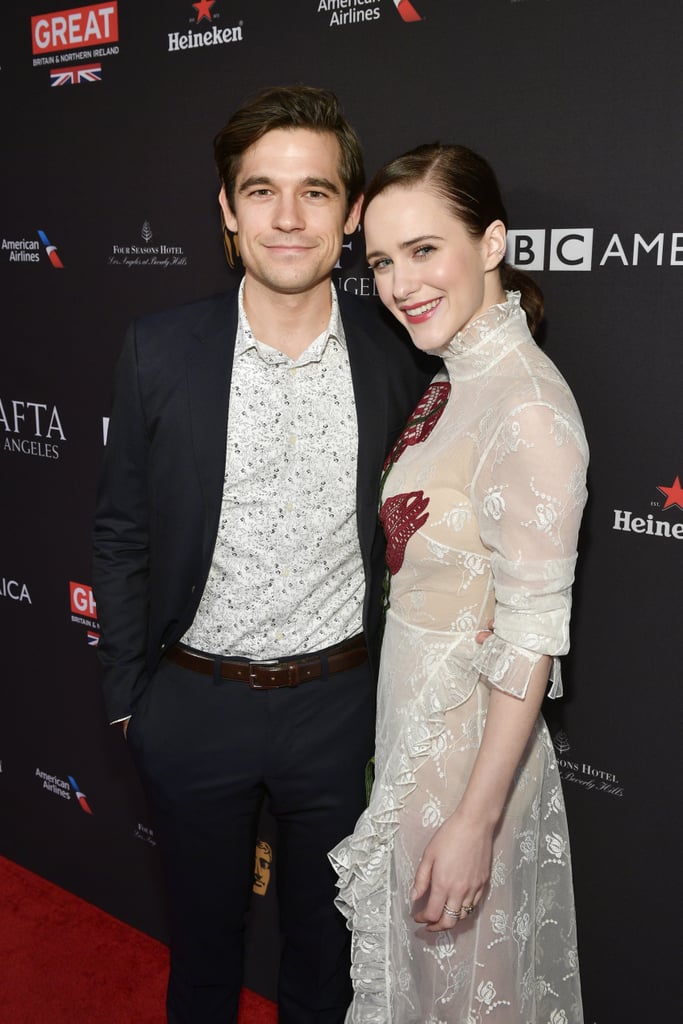 Rachel Brosnahan is quickly becoming one of this award season's breakout stars. While this certainly isn't her first brush with fame, she is currently gaining critical claim for her role on The Marvelous Mrs. Maisel after taking home the Golden Globe for best actress for TV in a musical or comedy. As Rachel steps into the spotlight, fans want to know even more about her. While she's very reserved about her personal life, specifically her love life, we do know one thing for sure: she's happily taken.

If you watch Syfy's The Magicians, then you probably already know her partner, Jason Ralph. The two first met in 2015 while working on the WGN series Manhattan and have been together ever since. Though they both wear bands on their ring fingers, they have never officially confirmed that they are married. That being said, they certainly aren't shy about showing off their love on the red carpet. Jason even accompanied Rachel for her big night at the Globes. As we will undoubtedly be seeing more of the actress in the coming months, see some of her sweetest moments with Jason.