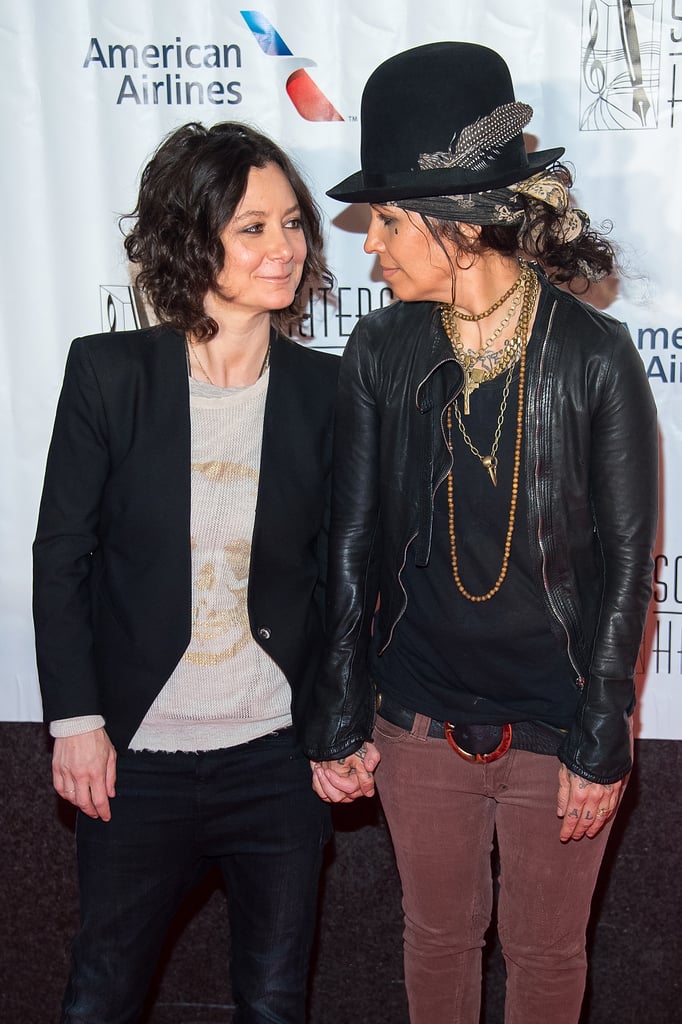 Sara Gilbert and Linda Perry could give someone a sweet tooth with their PDA-filled romance. The Roseanne actress confirmed her relationship with the former music producer and 4 Non Blondes frontwoman back in 2011, and they got engaged two years later. The duo made things official when they tied the knot in March 2014, and on Feb. 28, 2015, Sara gave birth to their first child, a baby boy named Rhodes Emilio Gilbert Perry. It was the third child for Sara, who has two children — a son and a daughter — from her previous relationship with television producer Allison Adler. Sara and Linda have kept their love going strong after nearly seven years. Keep reading to see their sweetest moments in pictures.