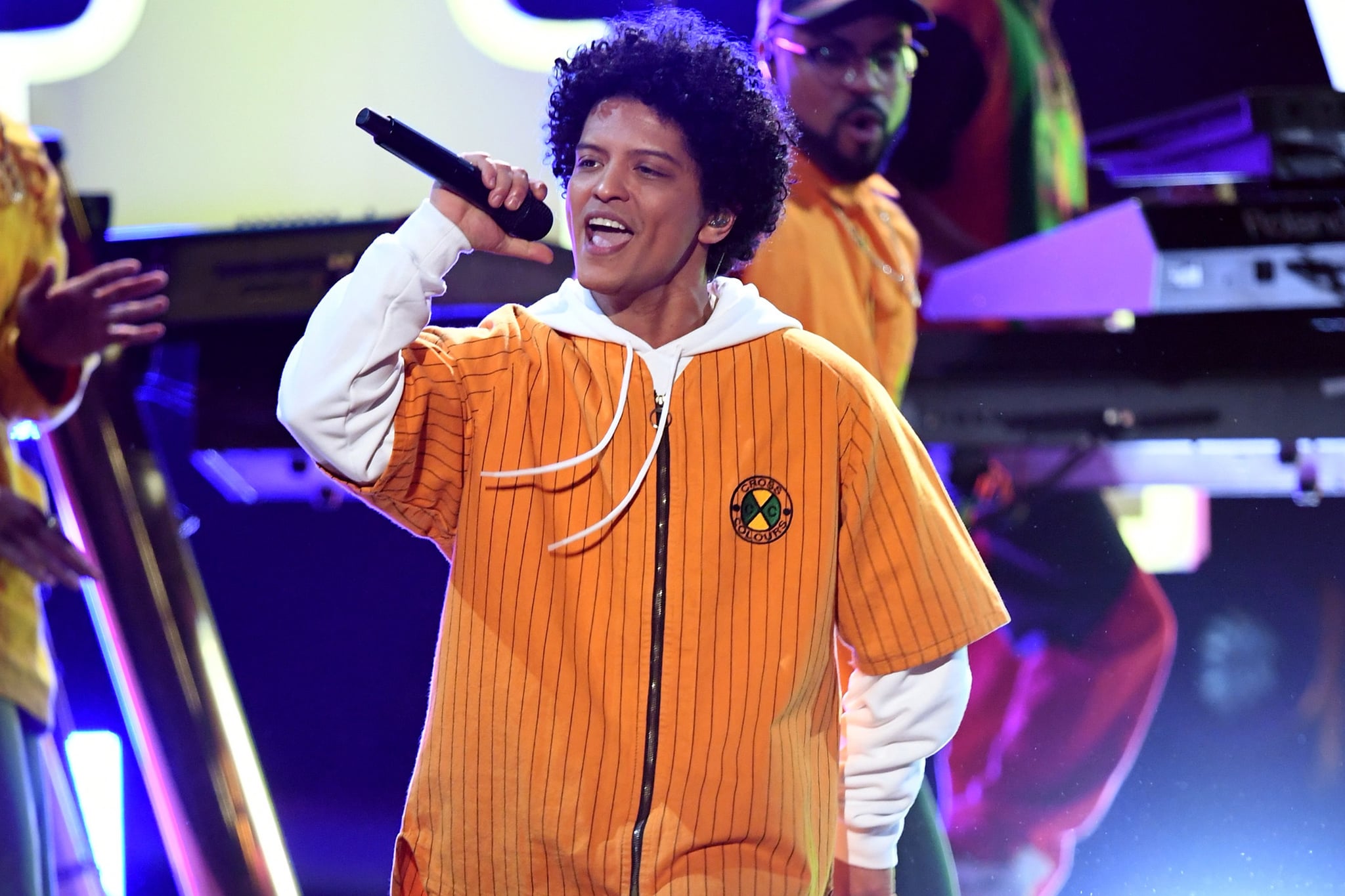 One of the most highly anticipated 2018 Grammy performances this year was with Bruno Mars and Cardi B — and we were not disappointed! Between Mars's killer dance moves and Cardi's fierce attitude, this was a match that needed to hit a high-profile stage.

But if you were playing close attention, you might have noticed that Mars was bleeped for one of the lyrics in his '90s vibes song, "Finesse (Remix)." The lyric? "Shut that sh*t down on sight."

It's kind of interesting that production bleeped out that whole lyric for that one word, but left in Cardi's earlier lyric in the song — "My big fat ass got all them boys hooked." Though some cable channels (ahem, FX) are a little more liberal with which words they'll air, major networks will generally allow "ass" but not "assh*le," so there you go.

We're sure Mars doesn't care all that much. After all, he's sitting pretty with Grammy wins for best R&B song, best R&B album, and an album of the year nomination.