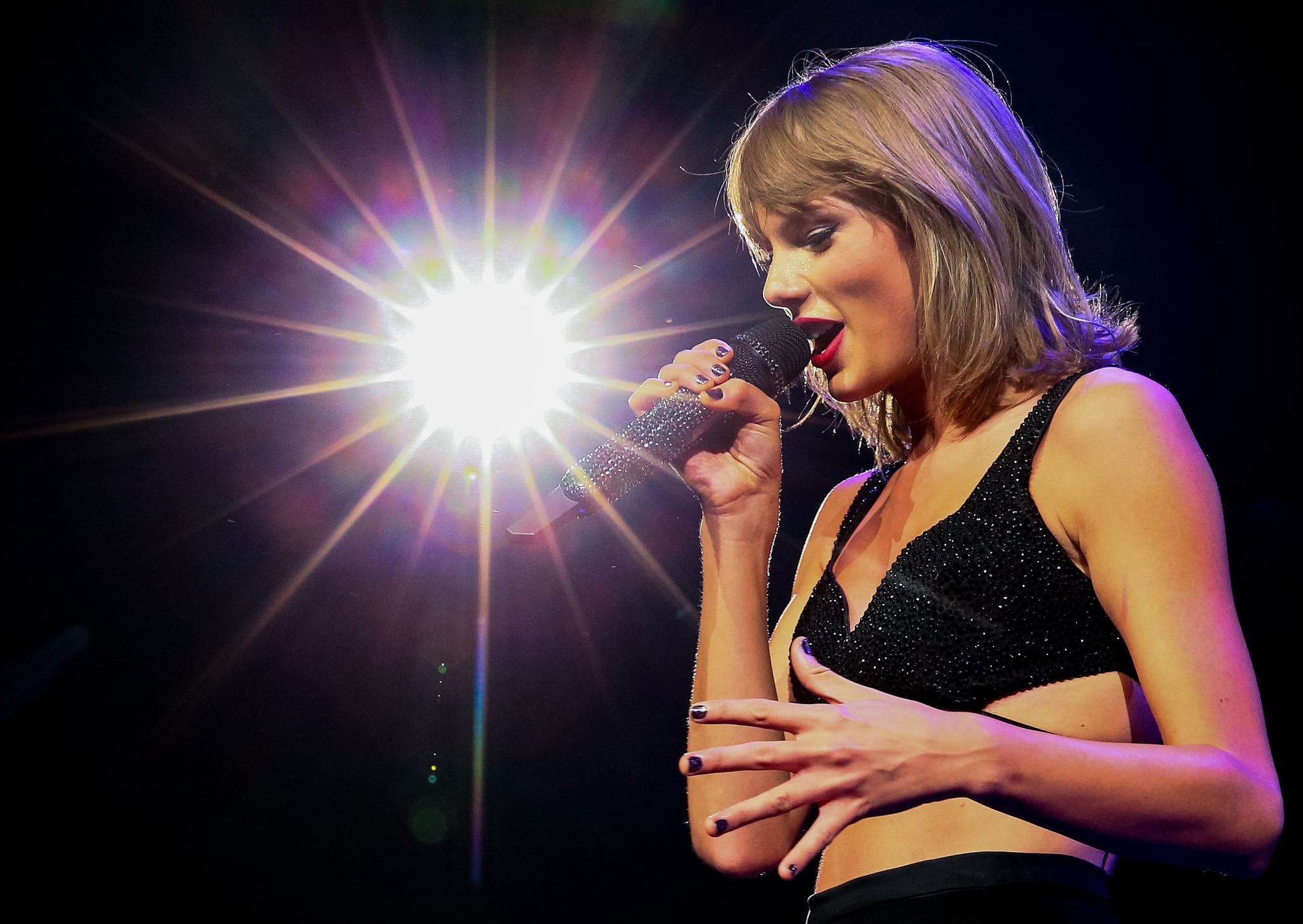 Taylor Swift released her sixth studio album, Reputation, on Nov. 10. The adoring fans who preordered physical copies of the album were also treated to personal poetry from the singer, which included a heartfelt and revealing prologue to Reputation. In addition to covering our generation's social media habits and the downsides of life in the public eye, Taylor gives a missive about the public speculation that will naturally follow once people listen to Reputation:

When this album comes out, gossip blogs will scour the lyrics for the men they can attribute to each song, as if the inspiration for music is as simple and basic as a paternity test. There will be slideshows of photos backing up each incorrect theory, because it's 2017 and if you didn't see a picture of it, it couldn't have happened right?

Sigh. I'm going to stop you right there.

I'm tired. We've been doing this for over a decade. At some point, Taylor has to take responsibility for her role in the public interest in who her songs are about. She's made a career out of writing hits about both current boyfriends and exes, a fact that dates all the way back to early hits like 2006's "Teardrops on My Guitar." Taylor is more than allowed to do this; she has the artistic right to express her creativity however she wants — but she has also played a large role in the constant conjecture about her personal life through her songs. I'd bet most of her fans would admit that half the fun of listening to her music comes from theorizing who those songs are about, whether it's an ex-flame, an ex-friend, or one of her cats.

At some point, Taylor has to take responsibility for her role in the public interest in who her songs are about.

As far as "scouring the lyrics" goes: does Taylor really think her lyrics are that difficult to decipher? It wasn't hard to deduce that a song called "Dear John" with references to an older man who played her with "dark, twisted games" was written about John Mayer. It was pretty easy for fans to pick up on the fact that a song titled "Style" would be written about Harry Styles. And what about "Bad Blood"? From veiled accusations in major publications to a star-studded video that paraded her famous friends, Taylor basically left us a trail of breadcrumbs leading straight to Katy Perry's door. Did Taylor not also write damn near an entire album about a blink-and-you-missed-it romance with Jake Gyllenhaal and literally leave clues for fans to decode in her liner notes? We didn't ask to be let in on such small and intimate details of Taylor's personal relationships, but we were — by Taylor. She can't keep pretending that she hasn't fed the beast.

Taylor's claim of lyric-scouring also implies that this is some sort of phenomenon that only happens to her — as if music fans haven't been speculating about who their favorite artists are crooning about in love (and breakup) songs since the beginning of time. As if audiences weren't curious to learn that Eric Clapton wrote "Layla" about Pattie Boyd or riveted by Justin Timberlake's Britney Spears clone in the "Cry Me a River" video or spent damn near four decades trying to figure out who Carly Simon thought was "so vain." While some artists have made it easier than others to speculate about the content of their music — take Adele, Ed Sheeran, Selena Gomez, Justin Bieber, and Beyoncé, for example — it certainly isn't a new concept. Music fans will always have some level of interest in the inspiration behind their favorite songs. And in her own ways, Taylor has encouraged it.

Let me say it again, louder for those in the back: this is Taylor's game, and we're all just playing along.