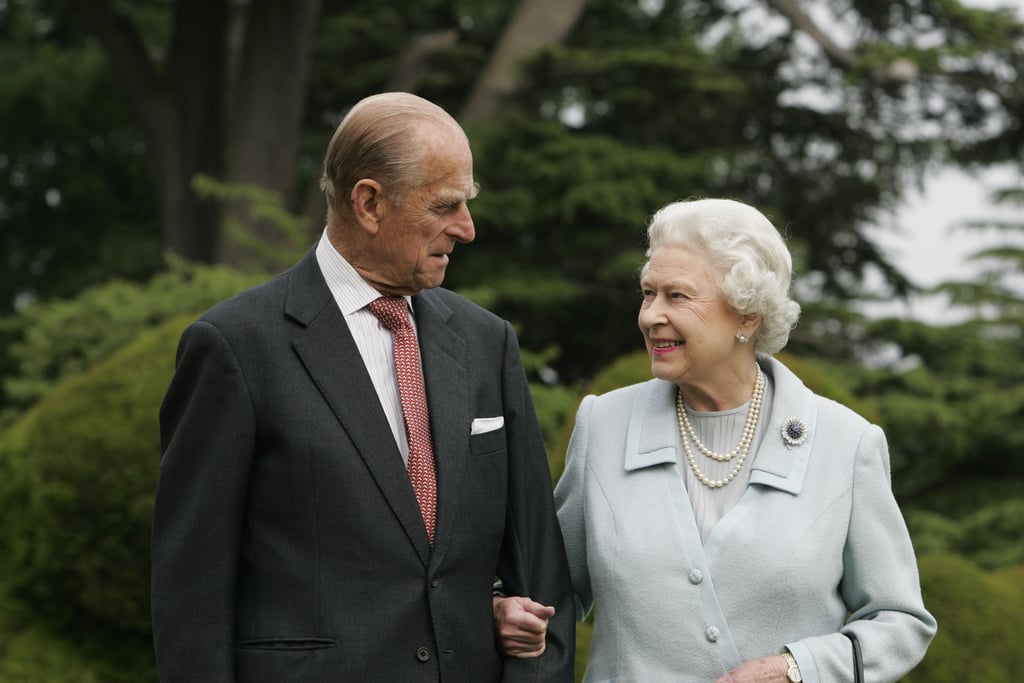 Queen Elizabeth II and Prince Philip have been married for 70 years, but we've only gotten a few glimpses of their romance. While couples like Prince Harry and Meghan Markle have no qualms showing off their love, the two are more traditional when it comes to their relationship. Over the years, they have made numerous appearances together, but they almost never show PDA. While it's not technically against royal protocol to hold hands or kiss in public, they simply choose to remain more professional when they're serving as "working representatives of the British Monarchy."

Of course, that isn't to say that they haven't shown off their affection for each other from time to time. Not only did the queen hold onto her husband during their 70th wedding anniversary photos, but they once snuggled up under a blanket at the Braemar Gathering in September 2015. See some of their sweetest (and rarest) PDA moments ahead.