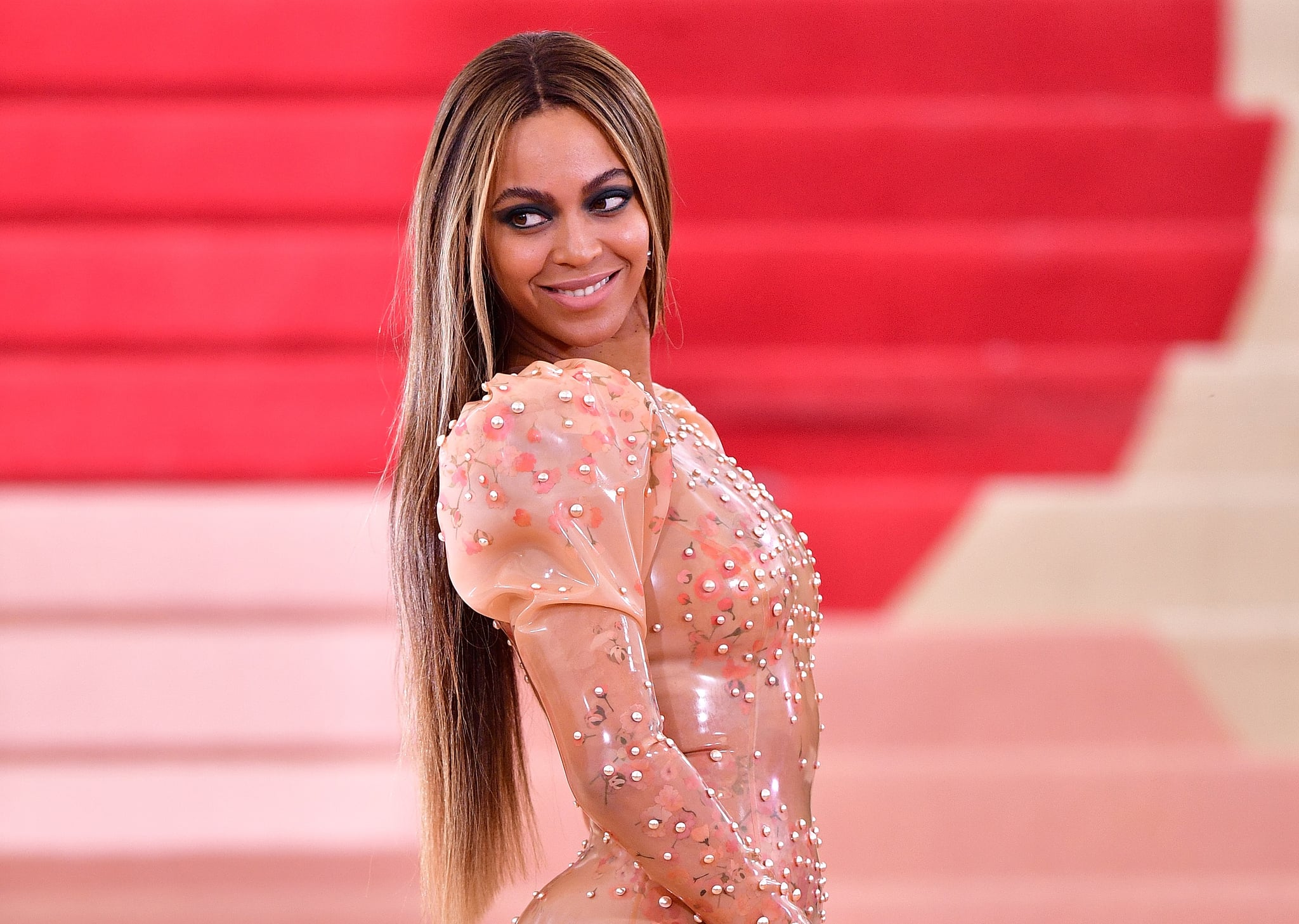 The 2018 Met Gala brought out A-list stars like Rihanna, Amal and George Clooney, Madonna, and Kim Kardashian, but one major celebrity missing from the red carpet on Monday night was Beyoncé. According to ET, the superstar singer skipped the big event — which she has attended a handful of times in the past — in favor of a relaxing vacation with husband JAY-Z.

"JAY-Z surprised her with a trip because he felt she needed to relax before her tour," they said, alluding to their On the Run Part II tour, which starts in the UK in June. Beyoncé was reportedly planning to wear "a custom designed gown" by DUNDAS. The designer, Peter Dundas, had "been working for weeks" on the piece. Just recently, Beyoncé attended the opening of his flagship boutique in LA with Destiny's Child members Kelly Rowland and Michelle Williams.

I'll admit that I was pretty bummed not to see Beyoncé shut down the iconic Met Gala staircase this year, but technically she gave us a glimpse of the "Heavenly Bodies: Fashion and the Catholic Imagination" theme with her ethereal look at the 2017 Grammys. Also, the woman does deserve a break; after all, she slayed not one but two performances at Coachella last month, and we all know how seriously she takes tour rehearsals. Luckily, her younger sister Solange stepped in to serve up a bit of Knowles magic for us. Alas, we'll just have to see if Queen Bey decides to show up (and show out) at next year's soiree.