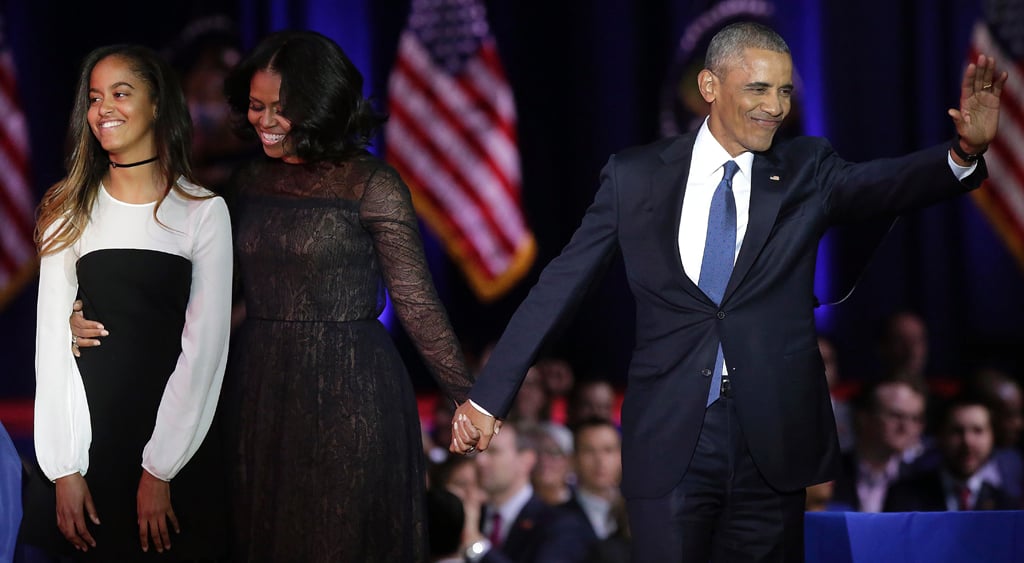 President Barack Obama delivered his farewell speech in front of an audience that included wife Michelle and 18-year-old daughter Malia in Chicago, IL on Tuesday. While we loved seeing the trio together, a question that was on everyone's mind was, "Where was Sasha?" Turns out, there's a good reason why the 15-year-old wasn't at her dad's final address. According to Buzzfeed News, a White House official revealed that "Sasha stayed back in DC tonight because she has an exam at school in the morning." So, there you have it!