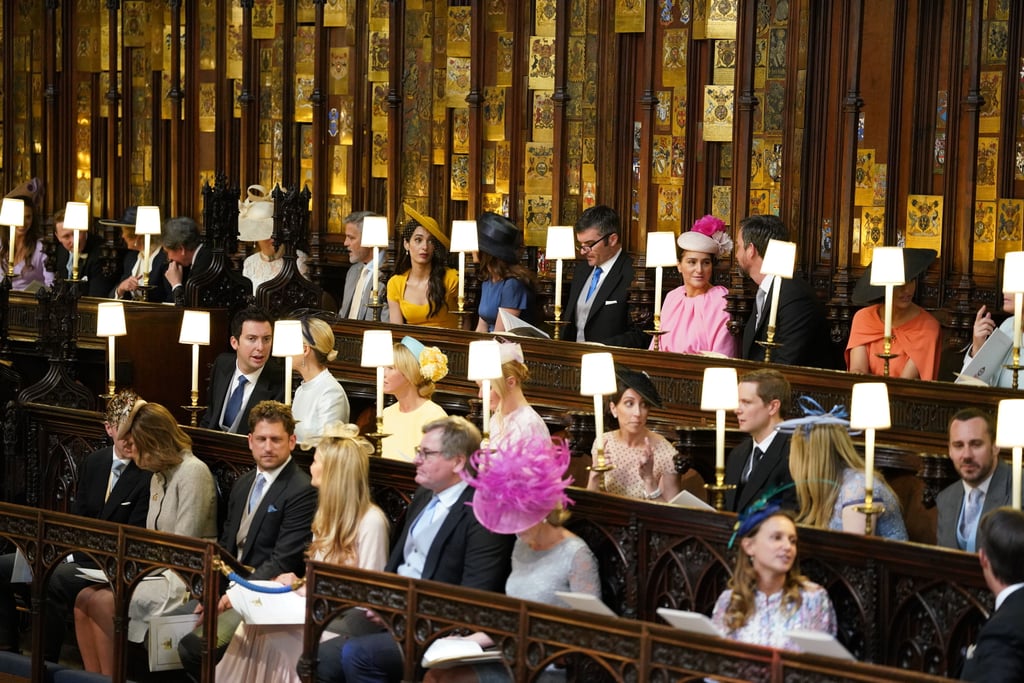 The royal wedding was essentially an international phenomenon, with crowds of thousands swarming the streets to catch a glimpse of Prince Harry and Meghan Markle's big day and over 47 million viewers tuning in to watch on TV. But for wedding guest, actress Janina Gavankar, their nuptials were a much more intimate experience. She attended simply to see an actual wedding, "between two people, who are real people that fell in love."

Janina, who recently made headlines after revealing that no designers offered to dress her for the ceremony, shared behind-the-scenes details of the wedding and reception with Town & Country on May 24. She's a dear friend of Meghan's, who decided not to disclose her wedding invitation ahead of time.

"It wasn't a priority for me to have my publicist announce I was going," Janina said. "My priority will always be my friend. I'm not there for you, I'm there for her."

She especially values privacy for the couple and was expected to be "shaken" by the sheer number of people on the grounds, but instead found the shared experience unexpectedly heartwarming. Once inside St. George's chapel, Janina said the ceremony felt like a "small wedding." However, the members of the public didn't go completely unnoticed throughout the wedding. Guests inside the chapel could hear the cheers of the crowd outside, causing giggles to erupt during the ceremony.

Related:
The Adorable Reason Meghan and Harry Were Laughing in This Stunning Wedding Photo

"One thing that made many of us giggle was that we could hear the wonderful people outside. When the vows were happening, they would cheer, and we could hear them. It was a very quiet chapel. We all followed the Queen's lead," she said. "But we could hear everyone cheer and it was so heartwarming. Really, it filled our hearts."

After the royal wedding ceremony, Janina was one of the few invited to the reception at Frogmore House, where the smaller group of 200 guests danced "until the wee hours." She said the reception nodded to the "beautiful mashup of two cultures," down to the smallest details like, table names. Prince Harry's emotional speech left her feeling "so solid" for the couple and the good they'll do in the world.

"They did it apart. They've done it apart their entire lives," Janina said. "Imagine what they can do together."

Keep reading to see more snaps of Janina from the royal wedding and make sure to check out the rest of the guests who attended, and what they wore.