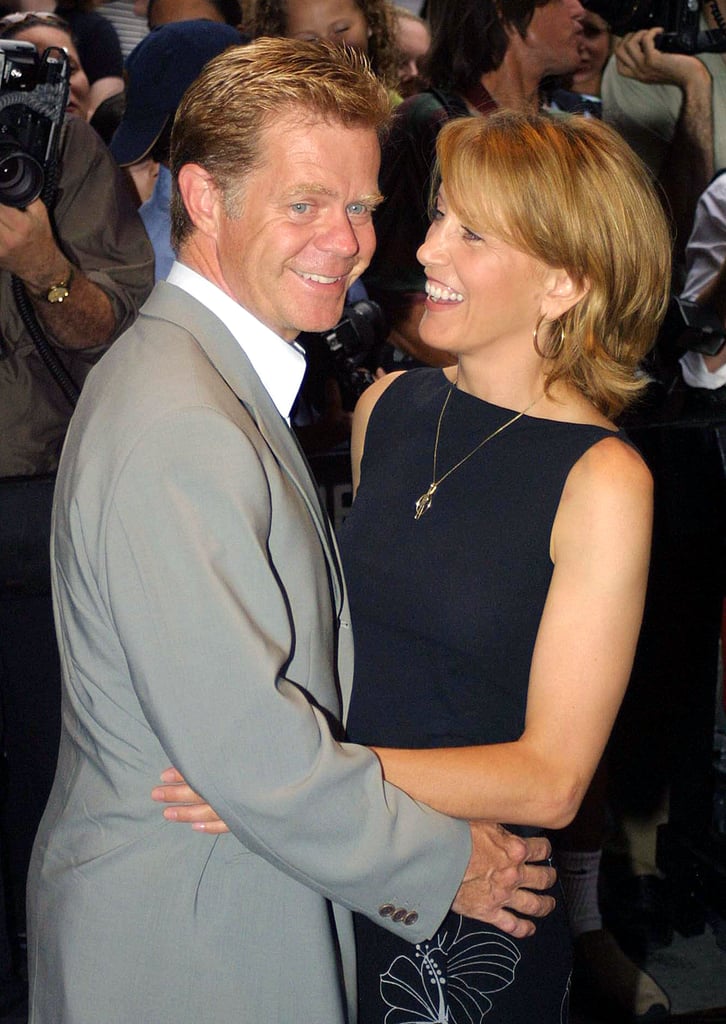 It's hard to believe that decades ago, actress Felicity Huffman was a commitment phobe, rejecting proposals from then-boyfriend William H. Macy, given that today, they're one of the most inspiring power couples in Hollywood. The duo first met at the Atlantic Theater Company in New York City when she was one of his acting students in the early 1980s, and it was "love at first sight." Felicity and William started dating shortly after, and they carried an on-again, off-again relationship for 15 years. However, it finally took a breakup for Felicity to realize that William was the one.

"I was so scared of marriage that I thought I would've preferred to step in front of a bus," she told the Tribune News in 2015, explaining that her parents' divorce jarred her idea of marriage. "Bill Macy asked me to marry him several times over several years. And I was finally smart enough to go: 'I'm going to marry this guy or really lose him for good.'"

After their reconciliation, they tied the knot on Sept. 6, 1997, and later welcomed two beautiful daughters, Sophia Grace, 17, and Georgia Grace, 16. Not only are William and Felicity the second couple to ever receive Hollywood Walk of Fame stars on the same day, but they've starred alongside each other in movies like Krystal (2017), Reversible Errors (2004), Magnolia (1999), and more.

Read on to see 56 photos of the couple's heartwarming romance, but we're warning you: Bill and Flicka (as they call each other) look almost exactly the same as they did years ago. Yep, even Felicity previously admitted to ET that her fountain of youth is "probably being married to William H. Macy!" Aw!