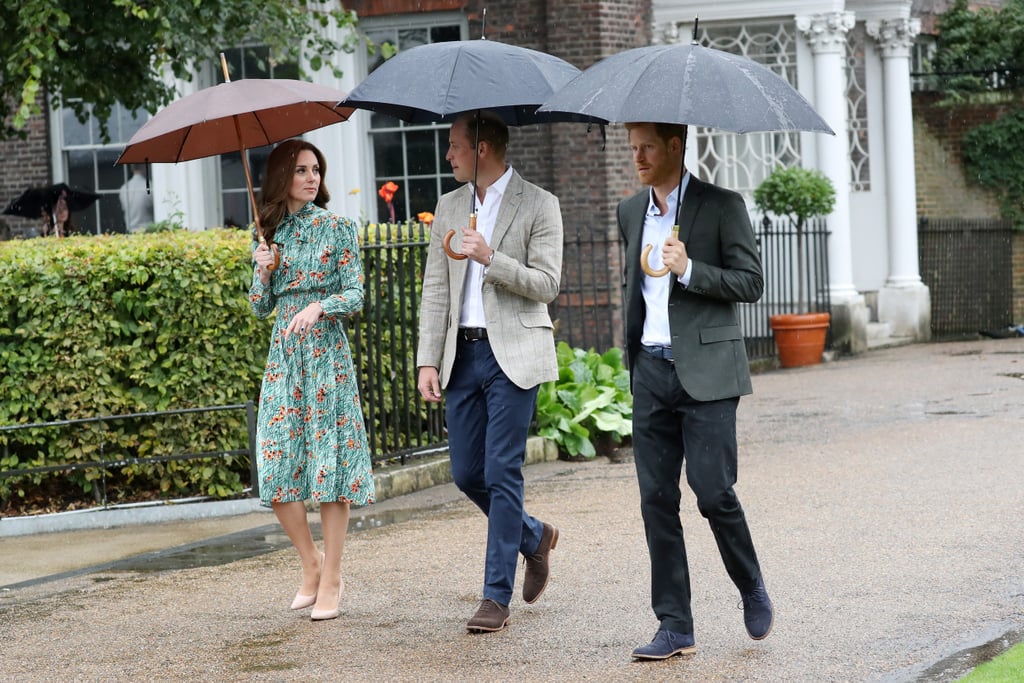 Prince William and Prince Harry spent the eve of the 20th anniversary of their mother Princess Diana's death by paying tribute to her at Kensington Palace. On Tuesday, the royal brothers, along with Kate Middleton, visited a sunken garden on the grounds that has been transformed into a white garden in her memory. While William and Harry wore similar slacks and blazers, Kate donned a floral dress for the occasion.

Despite the rain, the trio made their way outside to greet representatives from several causes that Diana supported to honor "the significant achievements of the Princess, and the legacy of her work which continues to resonate with so many today." Among the display of seasonal flowers were white lilies, which were one of Diana's favorites. "We hope that our garden captures the energy and spirit that made her such a popular figure around the world," head gardener Sean Harkin said in April.