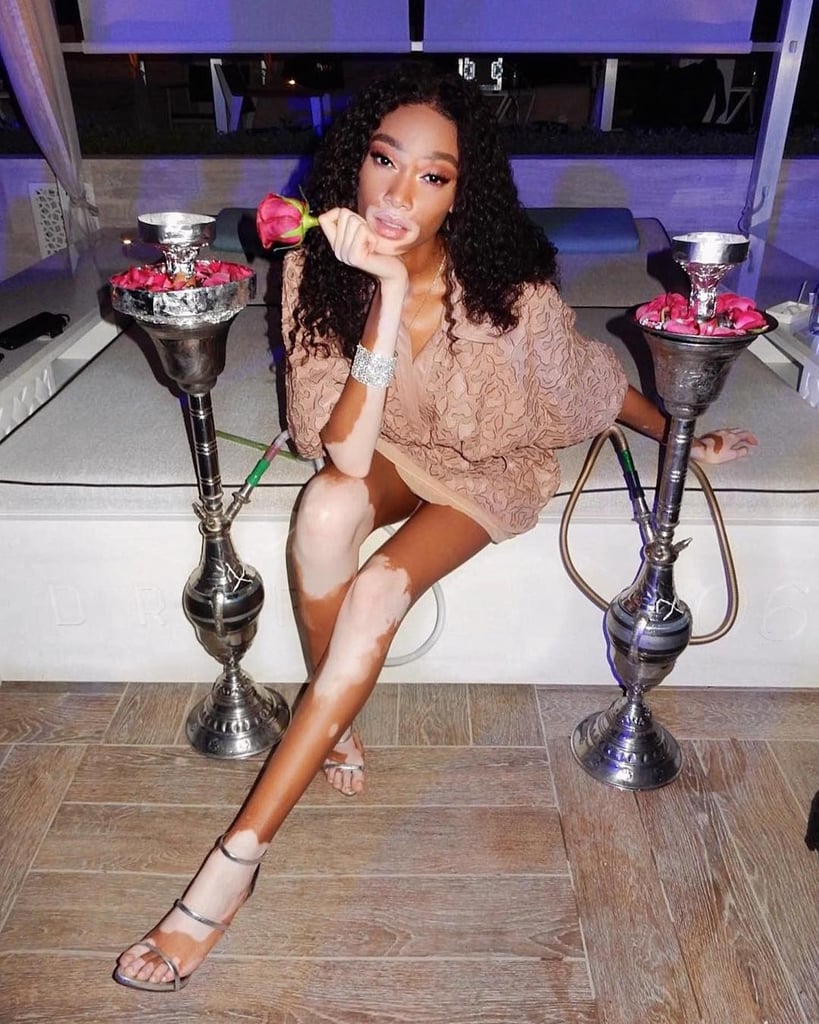 The Way Winnie Harlow Hit Back at This Newspaper's Coverage of Her Dubai Trip Will Make You Say, "Yes!"

Winnie Harlow is no stranger to getting plenty of attention on the beach, with a trip to Miami, Florida in February making jaws drops. But more recently the model hit out at at media coverage of her vacation in Dubai.

The star posed in front of the Burj Al Arab, road camels and quad bikes in the desert and even got friendly with tigers during her trip to the UAE, sharing the precious moments with her 3 million Instagram followers.

Judging by her snaps, it seemed to be a rather blissful trip, but Winnie was not happy with the newspaper coverage she received afterwards.

London's Evening Standard newspaper captioned a picture: "Model Winnie Harlow is seen going for a paddle in the sea off the coast of Dubai in a series of snaps which the Canadian vitiligo sufferer, 23, posted to her Instagram page."

She responded with a message that emphasized, just because she has vitiligo, a condition where patches of skin lose their pigment, she's far from suffering.

"@eveningstandardmagazine @evening.standard and all other tabloids, magazines and people who write articles on me PSA: I'm not a "Vitiligo Sufferer". I'm not a "Vitiligo model". I am Winnie. I am a model. And i happen to have Vitiligo. Stop putting these titles on me or anyone else. I AM NOT SUFFERING! If anything I'm SUCCEEDING at showing people that their differences don't make them WHO they are!," she wrote.

It's true: She won America's Top Model in 2014 and has graced the catwalks and print campaigns for some of the world's top fashion houses, including Marc Jacobs, Tommy Hilfiger, Diesel, and Disegual. She was in Vogue Italia, Complex, Italian Glamour and also had a starring role in Eminem and Sia's music video for "Guts Over Fear". You'd think it can't get any cooler than that, but it does, because her name was also dropped in Drake's "Get To Know Yourself".

But it wasn't always easy for this beautiful model. She's come a long way from her school days when was often bullied and called a "cow" because of her skin.

Winnie added that society's standard view of beauty needs to change and that starts with adjusting the way we refer to people who may not fit those stereotypes.

"All our differences are apart of who we are but they don't define us! I'm sick of every headline ending in "Vitiligo Sufferer" or "Suffers from Vitiligo," she continued. "Do you see me suffering? The only thing I'm Suffering from are your headlines and the closed minds of humans who have one beauty standard locked into their minds when there are multiple standards of beauty! The beach was damn fine that day, nothing to suffer about!"