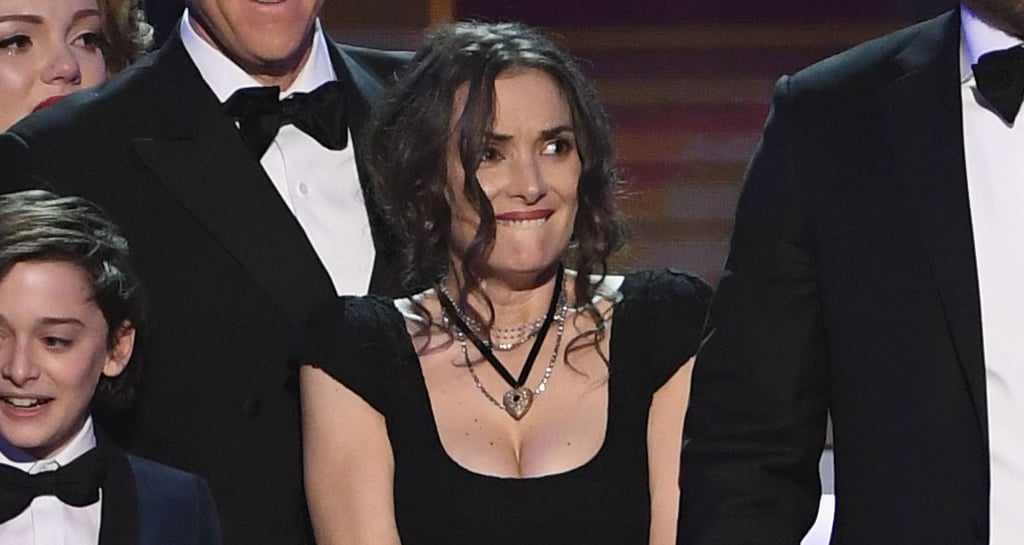 The cast of Stranger Things were already having an absolute blast at the SAG Awards on Sunday night, and their excitement kicked into overdrive when it was announced they were the lucky (and incredibly deserving) winners of the award for outstanding performance by an ensemble in a drama series.

Although everyone was hyped about the big win, leading lady Winona Ryder — who was nominated for best actress for her work in the Netflix hit — looked especially overwhelmed (and bewildered?). From the second the cast made their way up to the stage, all the way through costar David Harbour's passionate speech, she could barely handle her emotions. In other words, Winona just gave us all the reaction GIFs we'll ever need.