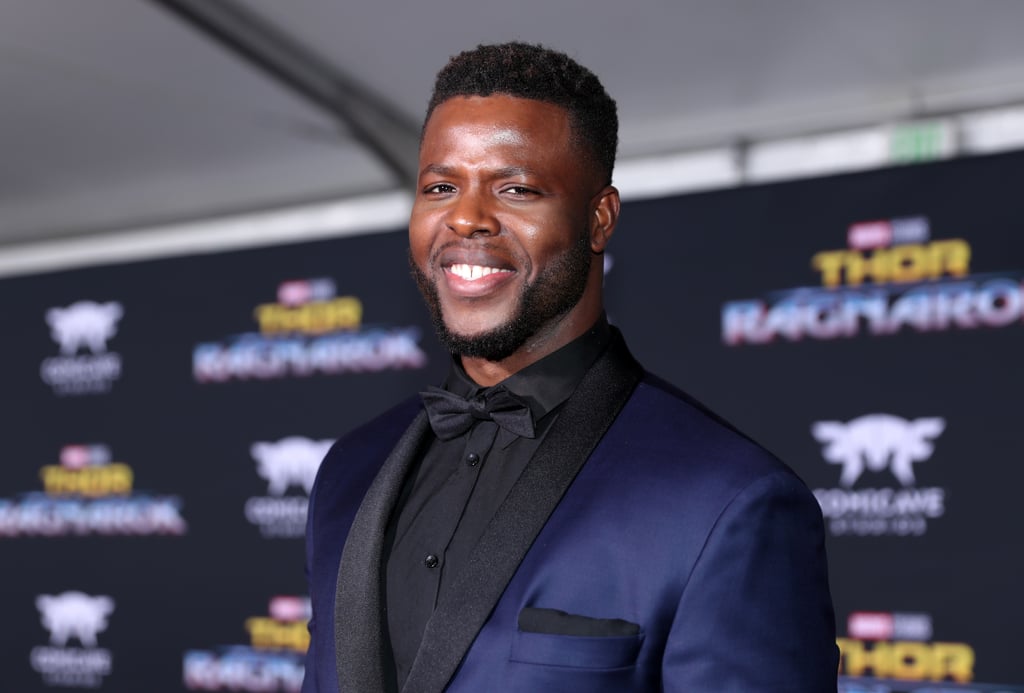 Have a seat and a glass of water, because I'd like to introduce you to your latest MCM and source of the imminent dryness in your throat: Winston Duke. After seeing Black Panther for the third time, I cannot deny that Winston is a #blessing to the Marvel Universe. In his movie debut, Winston plays M'Baku, the leader of the Jabari tribe and his snappy one-liners had the audience falling in love with the warrior. The Yale-educated actor was able to bring humor to a well-known villain and instead of depicting him as an arrogant bully, M'Baku comes off as deeply loyal to his people with strong morals, a man who always repays his debts. He's also ridiculously hot while doing so.

Now we all love Chadwick Boseman and Michael B. Jordan is amazing as Erik Killmonger, but I could not tear my eyes off of all 6'5" of Winston on-screen. He's fearsome, literally towering over most of his cast-mates, and I was really glad I opted for the large Icee. Thankfully Winston is just as, if not more, charming out of costume, and he cleans up beautifully! Gird your loins and take a look at some of Winston's sexiest photos ahead.