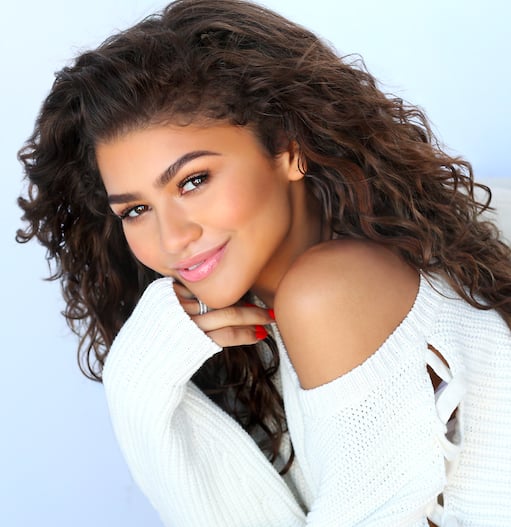 Zendaya Sets the Record Straight About Cultural Appropriation and Braids

Zendaya Coleman may be a teen millennial rockstar, but she has an old soul. "Oh, absolutely. I'm 19 going on 90," she confirmed when we met in NYC. "I'm an old lady, but I accept that."

Her dear father sat in the plush hotel suite with us. But aside from his presence and her youthful glow, it was easy to forget that she's under the legal drinking age. That's because Zendaya is wise beyond her years. While many of the other Young Hollywood crew are seen partying and acting out, Zendaya doesn't have to sing songs about being sorry. She's basically the valedictorian of her class, Gen Y. And she's aligned herself with other power teens like Amandla Stenberg, who is outspoken about cultural appropriation.

This makes sense given the fact that in addition to being a triple threat (singing, dancing, and acting), she hopes to earn a college degree. "I don't want to go because I feel forced or pushed," she said of this personal goal to learn about more than just the Tinseltown business (though don't count directing out of her future, either).

Before she dives head first into a textbook, the Disney star is making a name for herself as a style icon. Both CoverGirl and Chi have tapped her as a spokeswoman. When it comes to makeup, she's a DIY girl, often doing her own face for red carpets (including the 2016 Grammys!).

But hair is where she really breaks boundaries and experiments! Zendaya is known to top her naturally curly strands with every wig imaginable, from luscious mermaid waves to a boyish bowl cut. And somehow, like a unicorn, she's looks gorgeous no matter what style she's sporting. The biracial beauty has the kind of features — lush brows, smoldering brown eyes, striking cheekbones, and a begs-for-lipstick pout — that could look stunning with a mullet (oh yeah, she's worn that).

This dynamic part of Zendaya's personality is what Chi tapped into when the brand cast her as the face of its #REALisBEAUTIFUL campaign. In each of the six different advertisement shots, Zendaya wears a unique hairstyle. They show off both her shiny mane as well how versatile the Chi hot tools and products are. Her strands seamlessly transform from supersleek to glam waves and kinky coils. It very much mirrors her real-life red carpet style.

To top off her impressive career path, she worked with Barbie to diversify the iconic dolls. Brains, beauty, and bravery are three words that describe this impressive woman. And she gets through it all, as she told us, by ignoring the haters. "It's OK to love yourself!" she said. "There's nothing wrong with that. That's who you're supposed to love."