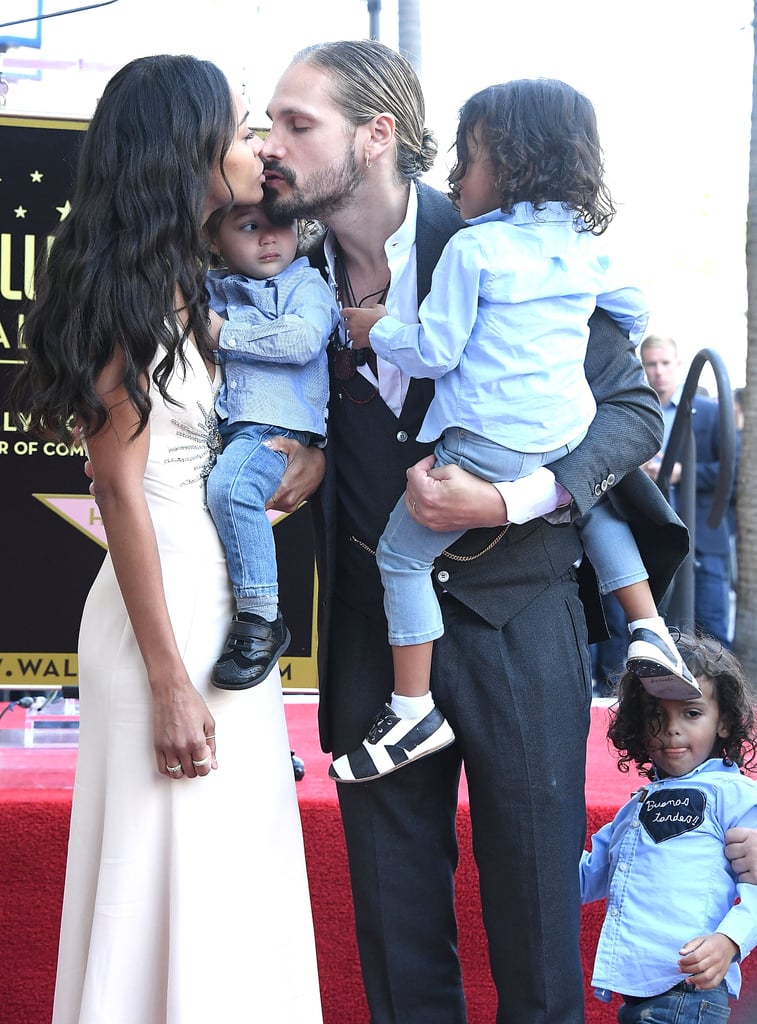 Zoe Saldana's adorable family was front and center for her Hollywood Walk of Fame star ceremony in LA on Thursday. The 39-year-old Infinity War actress was honored by Avatar director James Cameron and Mila Kunis, who she starred with in the 2007 film After Sex, and also had the support of her family; husband Marco Perego and their three sons, 3-year-old twins Bowie and Cy and 1-year-old Zen, proudly posed for photos with Zoe as she received her star. How cute are they?!

With nearly 20 years in Hollywood under her belt, Zoe looks better than ever. She glistened in a sleek off-white dress and was positively glowing while laying next to her shiny new star. She's also busy: Zoe's got four Avatar sequels coming up, and also recently executive produced POPSUGAR Films and Lionsgate's first feature film, The Honor List.