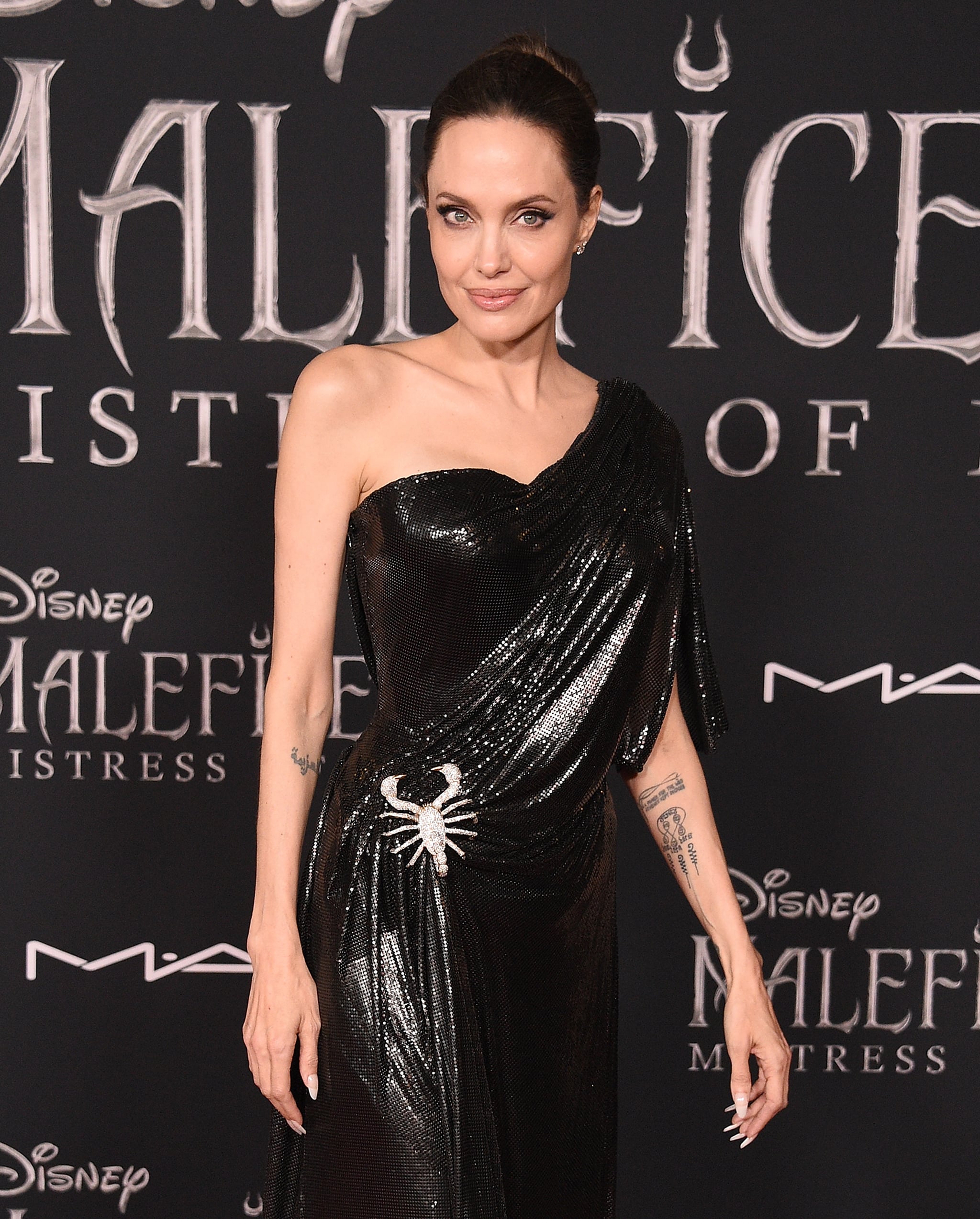 Angelina Jolie is getting open and honest about her divorce from Brad Pitt. In an interview with French magazine Madame Figaro, which was translated by People, the 44-year-old actress talks about the hardships she faced following the breakup. Calling the experience "a complicated moment," the Maleficent: Mistress of Evil star told the outlet, "I didn't recognize myself anymore . . . I had lost myself a bit." She went on to reveal that the breakup made her feel "smaller, almost insignificant, even if it wasn't necessarily obvious . . . I felt a deep and genuine sadness, I was hurt."

But over time, the subsequent process of separating allowed the actress to "reconnect with this humility and this insignificance" as she realized that "all these things settle in you and remind you of how lucky you are of being alive." Now, Angelina says she's in a "period of transition, like a homecoming, a return to [herself]."

Angelina and Brad, 55, first met in 2004 on the set of Mr. and Mrs. Smith before marrying in 2014. Two years later, Angelina filed for divorce, citing irreconcilable differences, and they became legally single in April 2019. The couple shares six children — 18-year-old Maddox, 14-year-old Zahara, 13-year-olds Shiloh and Pax, and 11-year-olds Vivienne and Knox — who Angelina says give her strength.