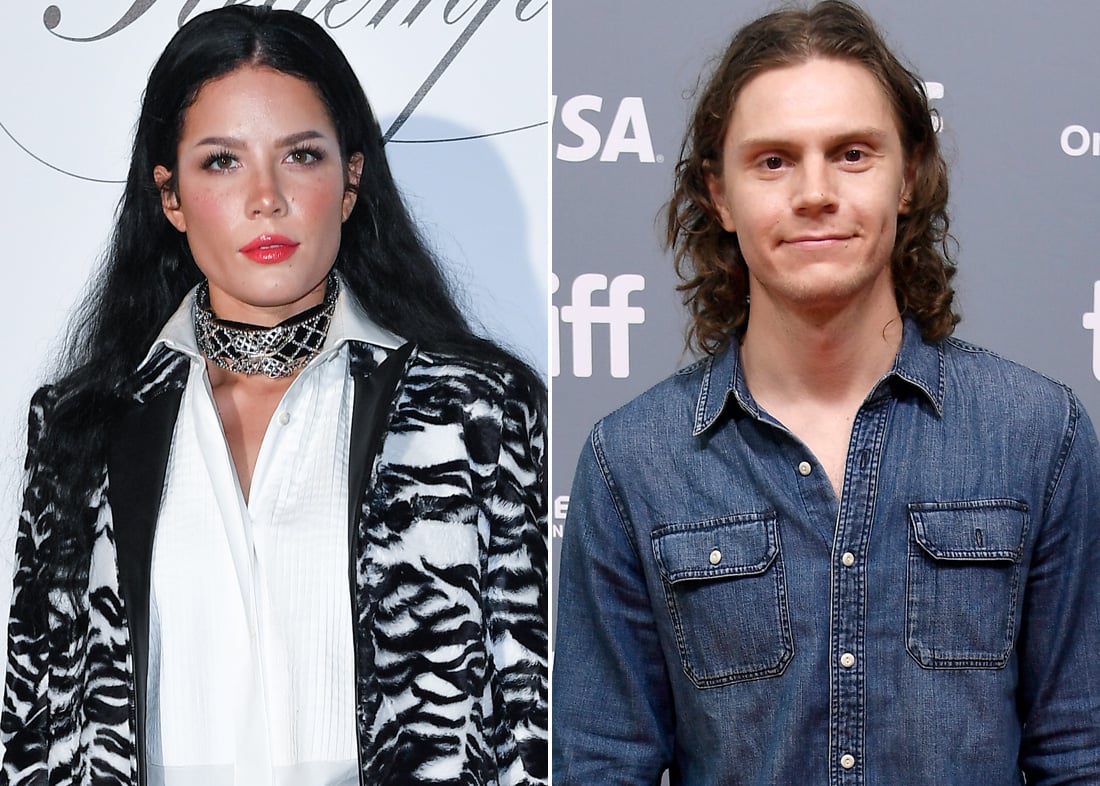 There's a new romance in town, folks! Halsey and Evan Peters are reportedly a couple, Us Weekly reports. According to the outlet, the 24-year-old singer and 32-year-old actor have been seeing each other "for several weeks." The two were even recently spotted holding hands while hanging out at Six Flags Magic Mountain in LA.

Over the past seven years, Halsey has expressed her love for Evan multiple times on social media. "Seriously Evan Peters stop making me attracted to alleged sociopaths and accused murderers," she wrote in November 2012, referencing Evan's role in American Horror Story. The following year, she tweeted, "Petition for Evan Peters to date me." And in 2014, she declared her feelings again, writing, "I'm so in love with Evan Peters"

Halsey was notably linked to rapper G-Eazy, who she dated on and off from August 2017 to October 2018. Most recently, she was in a relationship with English singer Yungblud, whom she began seeing in January. Meanwhile, Evan shared a romance with Emma Roberts, who he started dating in 2012 and got engaged to the following year. The two were also on and off throughout the course of their relationship, but decided to call off their engagement and split for good in March.