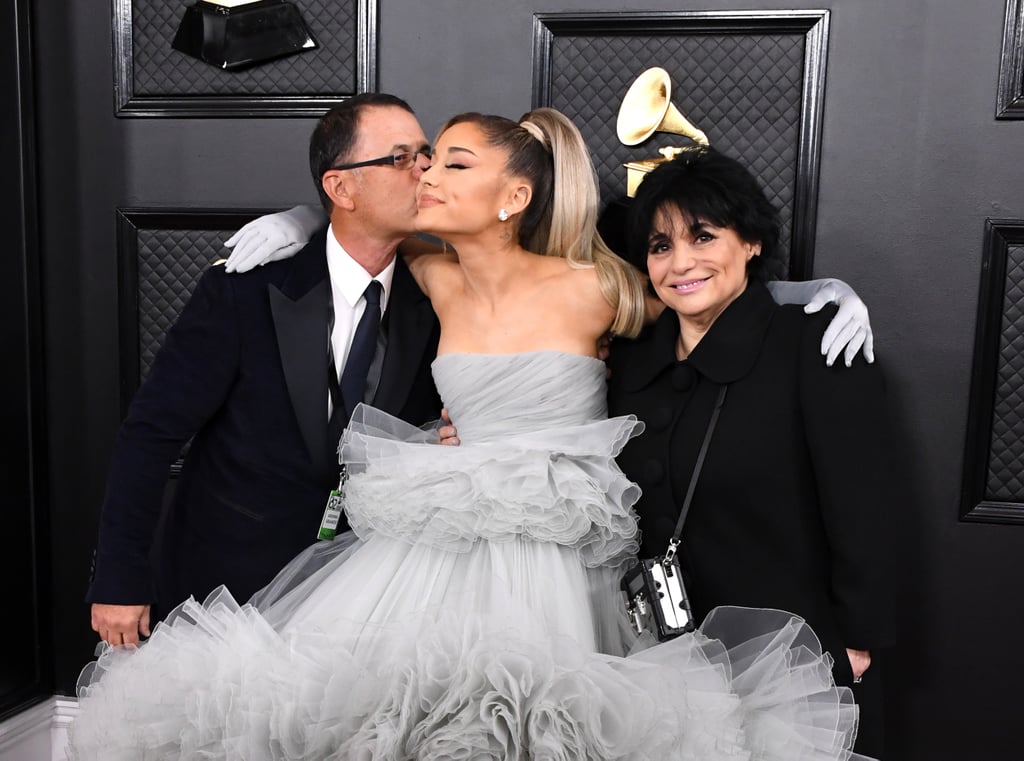 Aww! Ariana Grande Brought Her Parents to the Grammys, and We Love This Fam

Ariana Grande brought her biggest cheerleaders along for her big night out at the Grammys: her parents! The 26-year-old singer's mom, Joan Grande, and dad, Edward Butera, were in tow as she made a stunning entrance on the red carpet in a voluminous, Cinderella-esque dress. After earning her first-ever Grammys in 2019, Ariana was nominated for a whopping five awards this time around, including record of the year for "Seven Rings" and album of the year for Thank U, Next. Oh, and she also graced the stage, when she gave a glorious performance during the star-studded event. Ahead, see all the sweet photos of Ariana with her cute fam on the red carpet, along with a few snaps of her striking funny poses in her enormous dress.