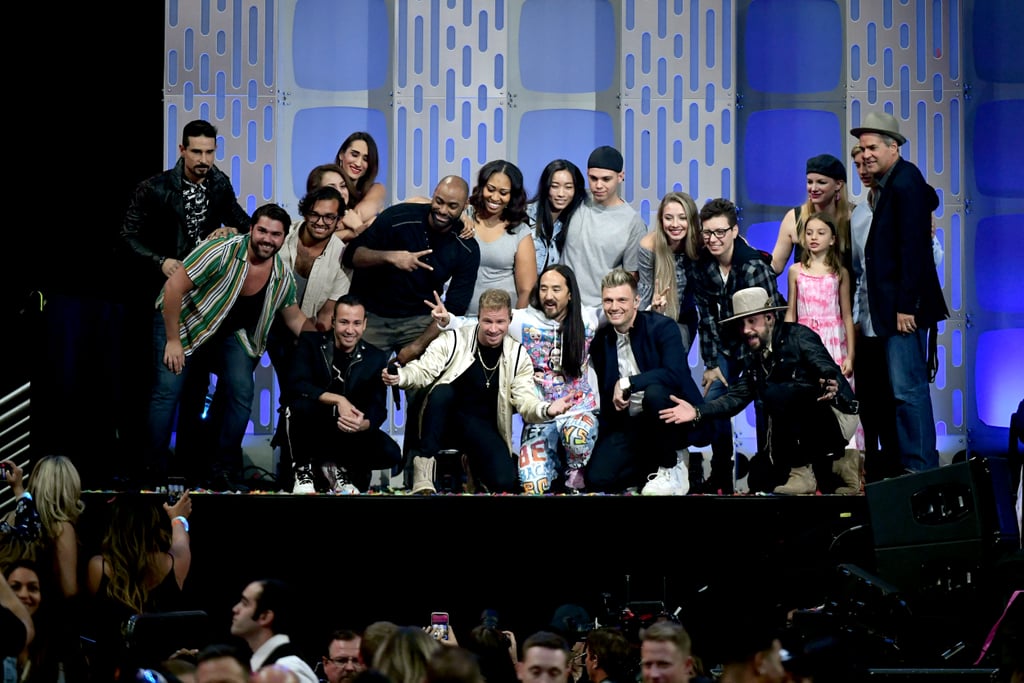 The Backstreet Boys took a break from their DNA world tour to hit up the iHeart Radio Music Festival in Las Vegas on Friday night. I had the pleasure of attending, marking my fifth time seeing the band live, and let me just say that they somehow always manage to make each show better than the last.

The Backstreet Boys performed a handful of their hits, including "I Want It That Way," "Larger Than Life," "Everybody (Backstreet's Back)," and "Don't Go Breaking My Heart," but perhaps the most emotional moment of the night was when they closed out the show with their latest single, "Let It Be Me," with Steve Aoki.

In the music video (which was released earlier this month), the band features real-life couples sharing their stories of how love helped them overcome obstacles in their lives. The Backstreet Boys basically re-created the video when they brought out those same couples on stage, and it was a tear-jerking moment, to say the least. Check out the performance ahead and don't forget to relive it when it airs on The CW on Oct. 2nd and 3rd.