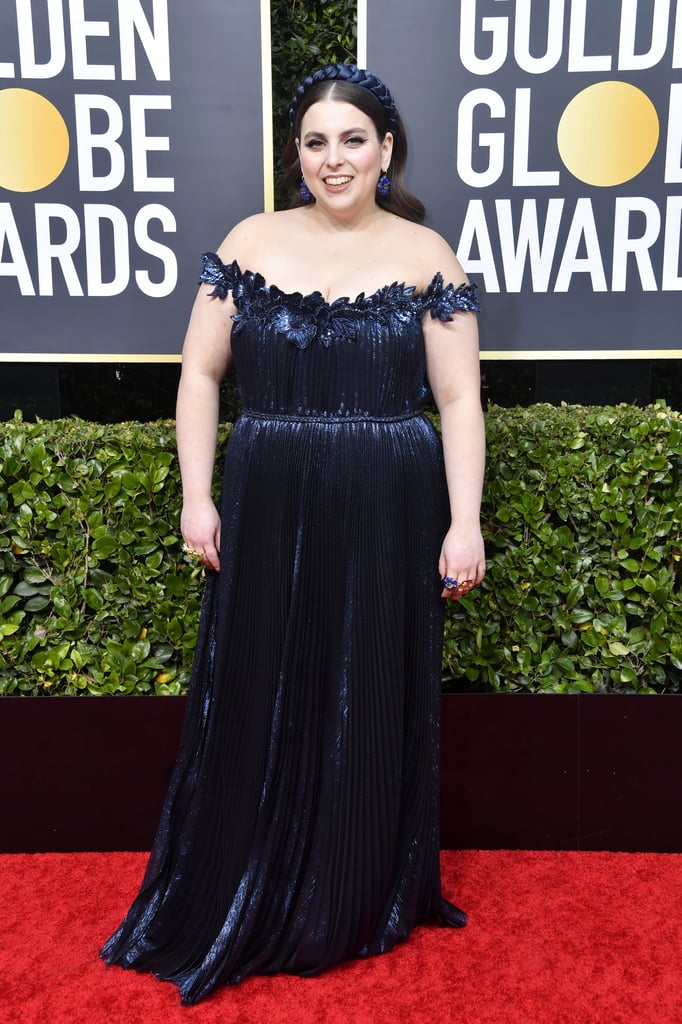 Beanie Feldstein is living her best life at the Golden Globes. The 26-year-old Booksmart actress looked radiant as she stepped out on the red carpet wearing a blue gown and matching headband. It certainly was a big night for Beanie. Not only was she nominated for her first-ever Golden Globe award, but she's also shared the fun with her longtime best friend Ben Platt, who was up for best actor in a comedy or musical for Netflix's The Politician.

While walking the red carpet, Ben couldn't gush over Beanie. "That's the more exciting one to me," he said about Beanie's nomination. "I mean, I'm obviously very grateful that The Politician got included and I'm excited for my whole cast, but to hear about Beanie, that just kind of makes it feel like a whole new event and reality for me because I've known her since we were in braces." Aww! See more photos of Beanie's big night ahead.