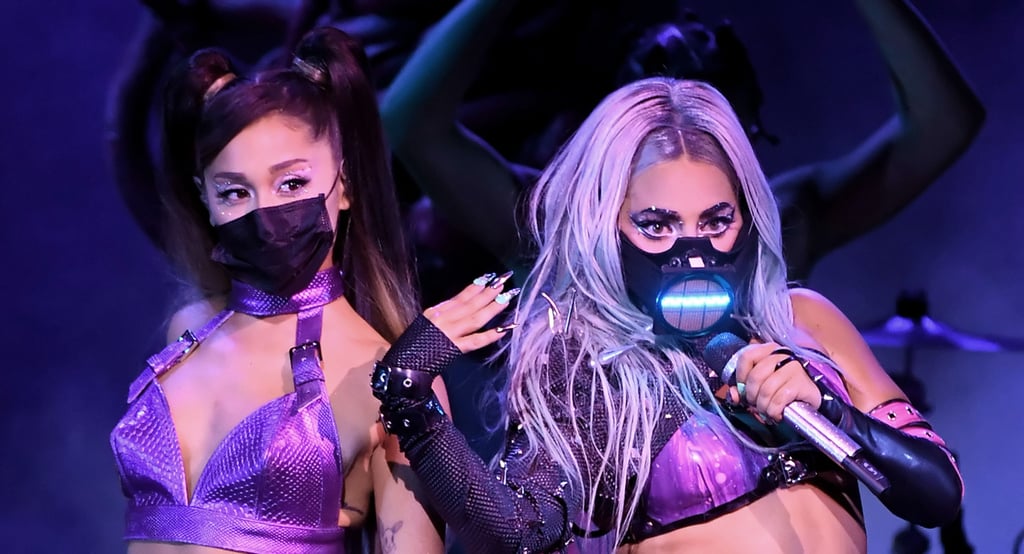 Ariana Grande and Lady Gaga at the 2020 MTV VMAs

The 2020 MTV VMAs went down in New York on Sunday night, however, things were a little different this time around. Initially, the ceremony was set to take place at the Barclays Center, but those plans were eventually scrapped due to the coronavirus pandemic. Instead, it featured performances from various locations throughout Brooklyn, Manhattan, Queens, the Bronx, and Staten Island to honor the spirit and resilience of New York. Keke Palmer served as the host, and Maluma, BTS, Lady Gaga, Ariana Grande, Miley Cyrus, The Weeknd, and DaBaby were among the performers. The show also included several moving acceptance speeches, like Gaga's heartfelt shout-out to Ariana and Sofia Carson's inspiring voting speech. Ahead, see the best photos from the night!