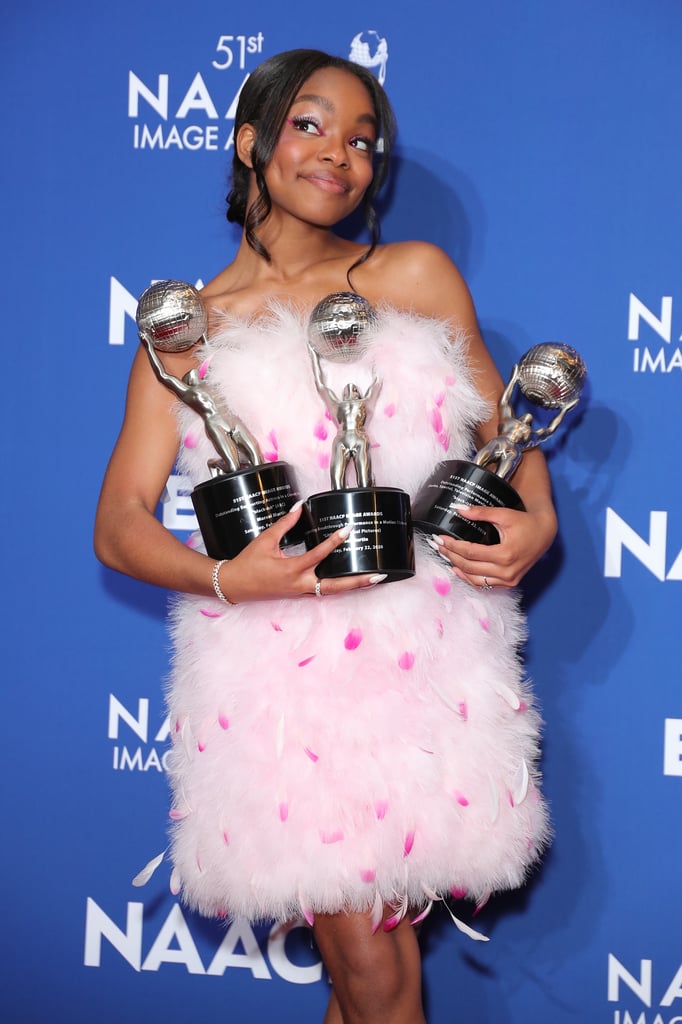 One of the big winners of the NAACP Image Awards was Marsai Martin, whose role on Black-ish earned her the awards for outstanding supporting actress in a comedy series and outstanding performance by a youth. She also snagged the honor of outstanding breakthrough performance in a motion picture for her role in Little. After her wins, the 15-year-old star took to Instagram to share her gratitude. "I'm shook. Thank you from the bottom of my heart," she captioned a sweet snap of her with the trophies.

Also in attendance were Grown-ish costars Chloe Bailey, Diggy Simmons, Francia Raisa, and Emily Arlook. Shahadi Wright Joseph, Elaine Welteroth, and Kiki Layne even made glamorous appearances celebrate some of the trailblazing people of color in television, film, music, and literature. Look ahead to see some of the star-studded photos from the main event ahead.