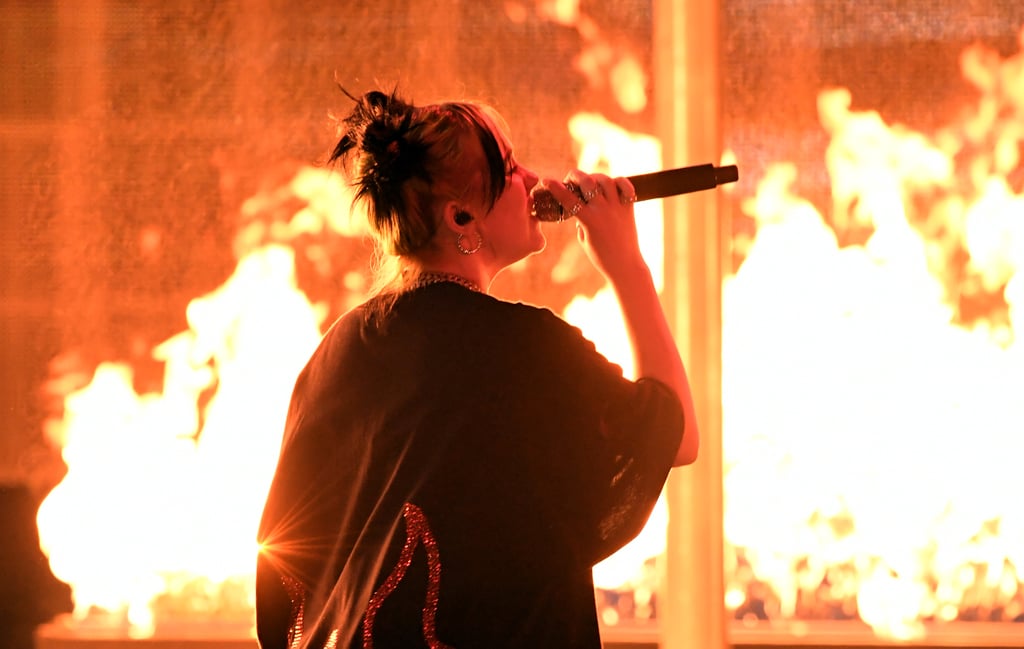 If there was ever any doubt that Billie Eilish would turn the American Music Awards stage up on its head, her Sunday night performance completely dashed them. Along with her 22-year-old brother Finneas, the Grammy-nominated 17-year-old performed on the AMAs stage for the first time, playing her well-known hit "All the Good Girls Go to Hell." The stage was lit with fire as Eilish wandered the stage in a black and red bedazzled outfit reading, "No Music on a Dead Plane."

Not only did Eilish completely bring the house down, but she was also nominated for six awards, including favorite new artist and favorite pop/rock album for When We All Fall Asleep, Where Do We Go? (both of which she won, btw).