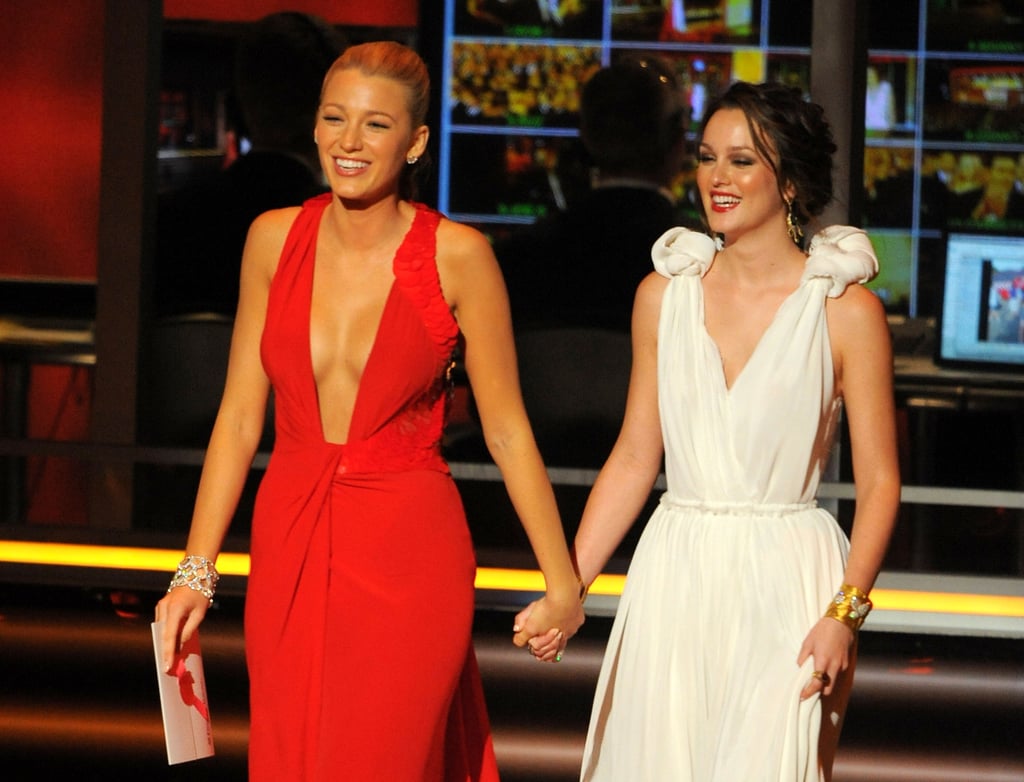 As the stars celebrated the 2019 Emmy Awards on Sunday night, Blake Lively decided to throw things back to 2009 with a sweet tribute post. She shared a series of photos from her own Emmys debut a decade ago, alongside Gossip Girl costar Leighton Meester. "10 years ago ✖️♥️✖️♥️," she wrote in the caption.

Blake and Leighton presented together at the 2009 Emmys, and with the news of a Gossip Girl spinoff coming to HBO Max, this throwback gives us serious hope for a Serena and Blair reunion. Both actresses have previously said they would return to the show if given the chance, although perhaps not as full-time cast members. They each have their own families now — Blake with Ryan Reynolds and Leighton with Adam Brody — and are involved in separate projects. Never say never, though! If anything, Blake's 'gram simply fuels our fire.

Keep reading for more throwback photos from Blake's night at the 2009 Emmys.