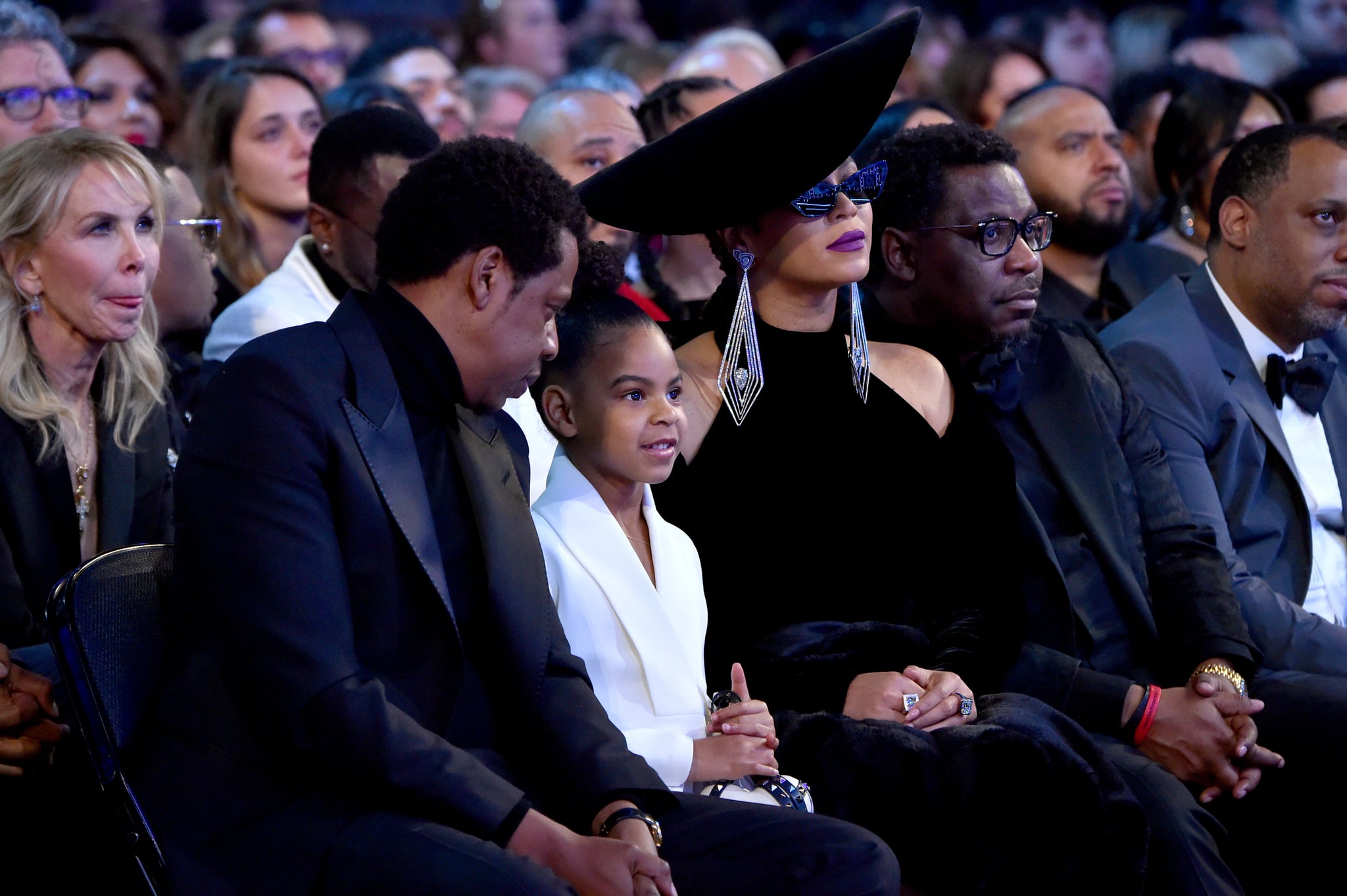 Blue Ivy already gets to brag about her mother literally being Beyoncé, but now there's one more thing that she can add to her list of accomplishments: the 7-year-old just won her first-ever music award. On Sunday night at the 2019 BET Soul Train Awards, the eldest of Beyoncé and JAY-Z's three children took home the Ashford & Simpson Songwriter's Award for her cooperation in the writing process of Beyoncé's "Brown Skin Girl." Blue Ivy, whose vocals are featured on the song, shares the award with artists SAINt JHN and WizKid as well as her parents.

"Brown Skin Girl" celebrates the beauty of black women, and was one of 27 tracks featured on Beyoncé's most recent album,The Lion King: The Gift. The song ended up being one of the most popular songs on the project following its release back in July, getting a seal of approval from nearly everyone on social media including Lupita Nyong'o. The song also got Blue Ivy her first spot on the Billboard Hot 100 where it debuted at No. 76. So yeah, her resumé's looking pretty nice right now for someone who's not even 10 years old.