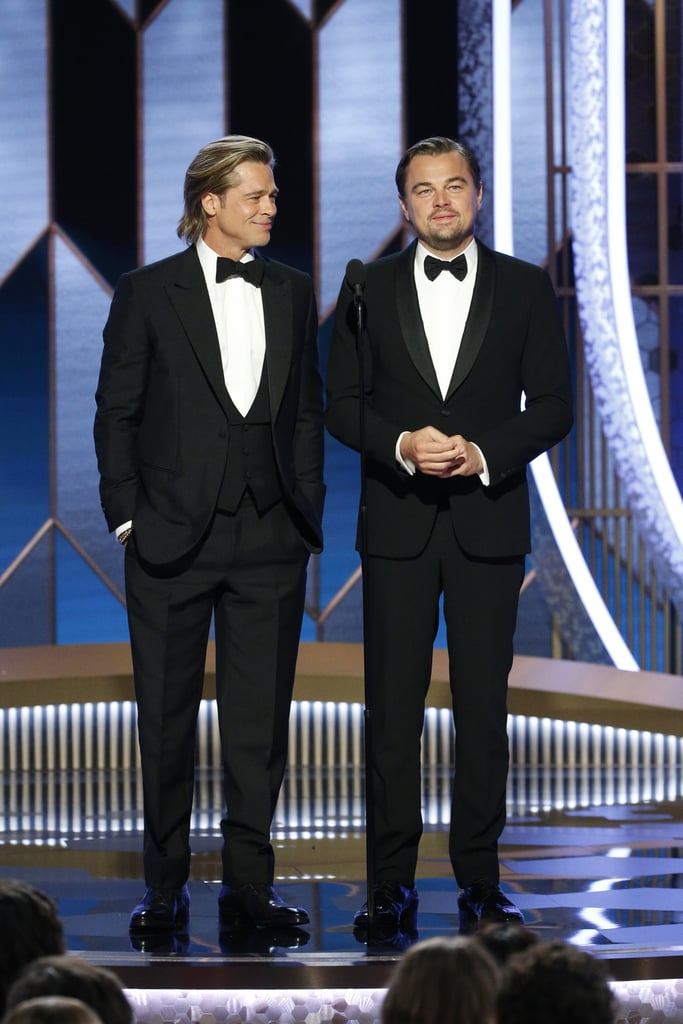 Brad Pitt took home his second-ever Golden Globe at Sunday night's ceremony. The 56-year-old won best supporting actor for his role as Cliff Booth in Once Upon a Time in Hollywood. After thanking director Quentin Tarantino, Pitt gave a special shout-out to his costar Leonardo DiCaprio or as he likes to call him, LDC. "My partner in crime," Pitt began. "Before The Revenant, I used to watch, year after year, his costars accept awards and thank him profusely. I know why, he's an all-star, he's a gent, and I wouldn't be here without you, man." Sweet, right?

But Pitt wasn't done quite yet. Before finishing his shout-out, he brought up the famous Titanic door scene again, jokingly adding, "Still, I would have shared the raft." LOL!

Pitt then mentioned that he wanted to bring his mom as his date, but didn't because people would automatically assume they were dating. Of course, cameras then panned to his ex-wife, Jennifer Aniston, who was sitting in the audience. Pitt's first Golden Globe win was in 1996 for best performance by an actor in a supporting role for Twelve Monkeys.