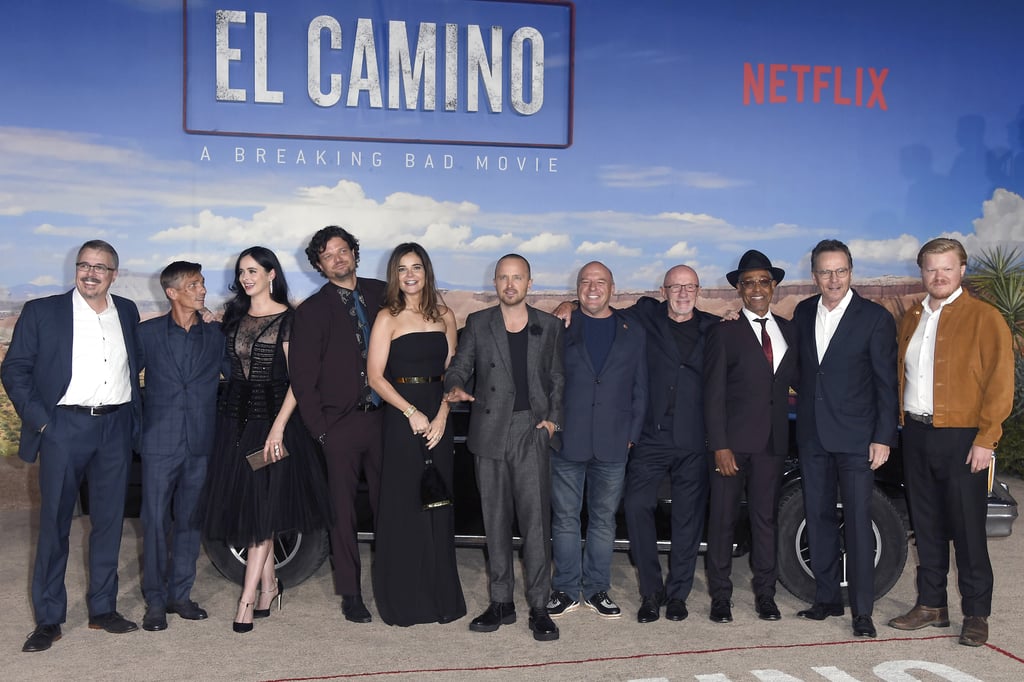 It was a family affair at the premiere of Netflix's El Camino: A Breaking Bad Movie. An Albuquerque family affair, that is. On Monday night, the cast of Breaking Bad reunited, and whether they ended the series dead or alive in 2013, they all looked ecstatic to be back together for the event in LA. Bryan Cranston, Aaron Paul, Dean Norris, Jonathan Banks, Jesse Plemons, RJ Mitte, and more of the original cast members posed for photos, happily chatted, and had us wishing that the award-winning series never came to an end. The Netflix movie hits the streaming service on Oct. 11 and it picks up right where the AMC series ended, following the life and escape of Aaron's Jesse Pinkman. It's unknown how many of the original cast members will be making appearances in the follow-up film, but based on the trailer, we'll be running into a few familiar faces like Badger, Skinny Pete, Mike Ehrmantraut, and old Joe from the impound lot.

Check out photos of the Breaking Bad cast at the El Camino premiere ahead, and get excited for Jesse Pinkman to be back in our lives when the film hits Netflix this weekend.