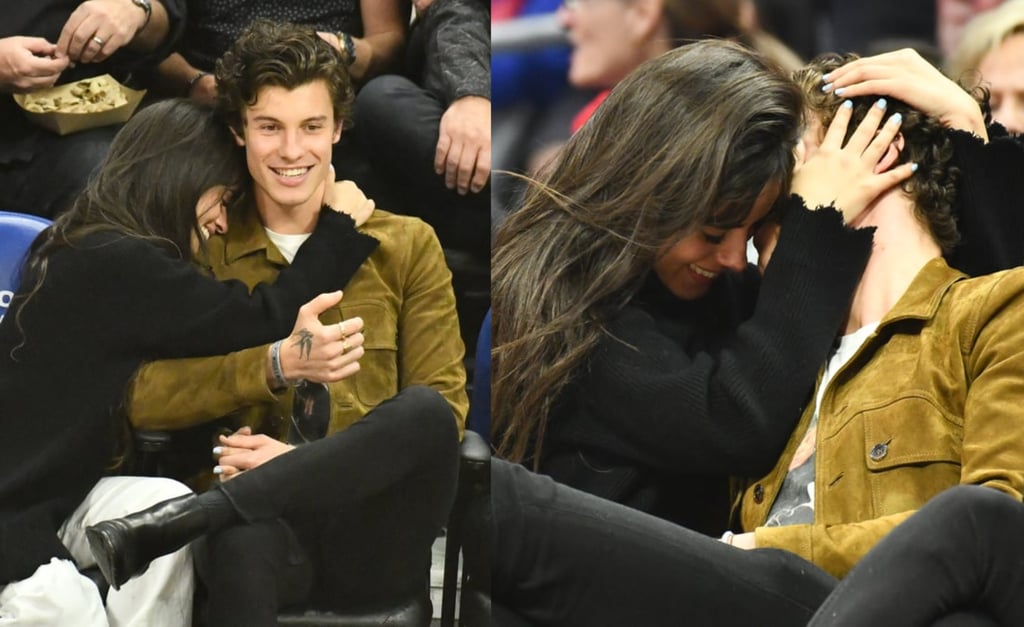 Shawn Mendes and Camila Cabello only had eyes for each other when they popped up at LA's Staples Center on Monday night. The couple, who was there to watch the LA Clippers take on the Toronto Raptors, showed some courtside PDA as they cuddled and kissed during the basketball game. Honestly, I don't even know if they paid attention to who won since they were so focused on each other. Spoiler alert: the Clippers did.

Shawn and Camila were friends for years before they started dating this past Summer. While it was initially believed that things turned romantic in June after they worked on "Señorita," Shawn recently revealed that they weren't actually official until Fourth of July. "We haven't been dating for that long," Shawn told fans during his show in Australia. See more of Shawn and Camila's PDA-filled date ahead.