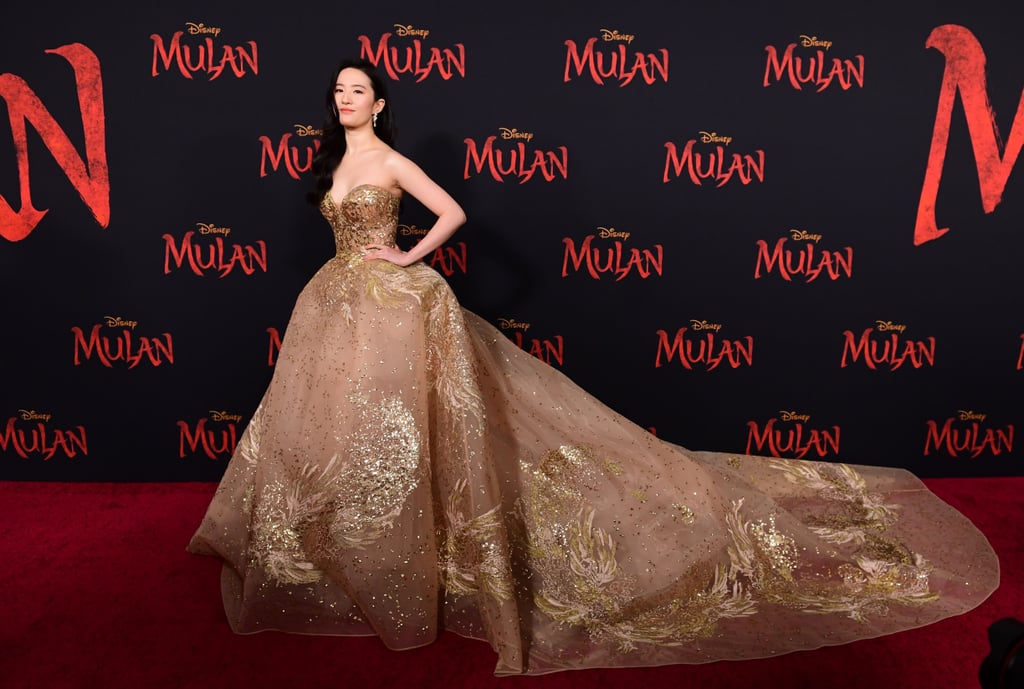 Liu Yifei at the World Premiere of Mulan in LA

Meghan Markle, Prince Harry, Kate Middleton, and Prince William all stepped out for Commonwealth Day on Monday, but the world premiere of Mulan in LA could have easily doubled as a royal event. That same day, Liu Yifei — who plays the title role of Mulan in the live-action film — was a real-life princess in a gorgeous gold gown, while her costars Donnie Yen, Jet Li, Yoson An, Jimmy Wong, and Jason Scott Lee all suited up for their big night on the red carpet. The premiere brought out several other stars including Christina Aguilera, Sofia Wylie, Lana Condor, and Jordin Sparks.

Disney's live adaptation of Mulan hits theaters on March 27 and follows the original story of Mulan struggling to become the person her family expects her to be instead of who she truly is. See more of the star-studded premiere ahead.