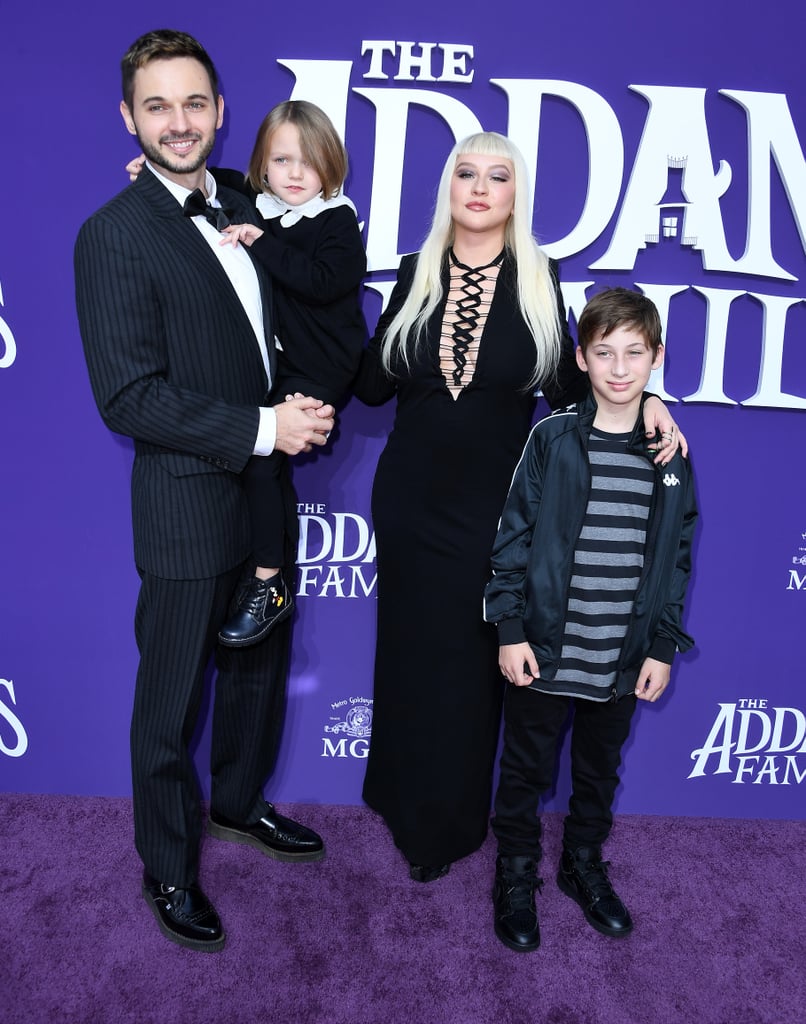 Christina Aguilera channeled her inner Morticia Addams when she attended the LA premiere of The Addams Family on Sunday. The 38-year-old singer hit the purple carpet in a black dress complete with a black manicure and two snake rings. She also brought her adorable family along for the fun, including fiancé Matthew Rutler, their 5-year-old daughter, Summer, and her 11-year-old son, Max, whom she shares with ex-husband Jordan Bratman.