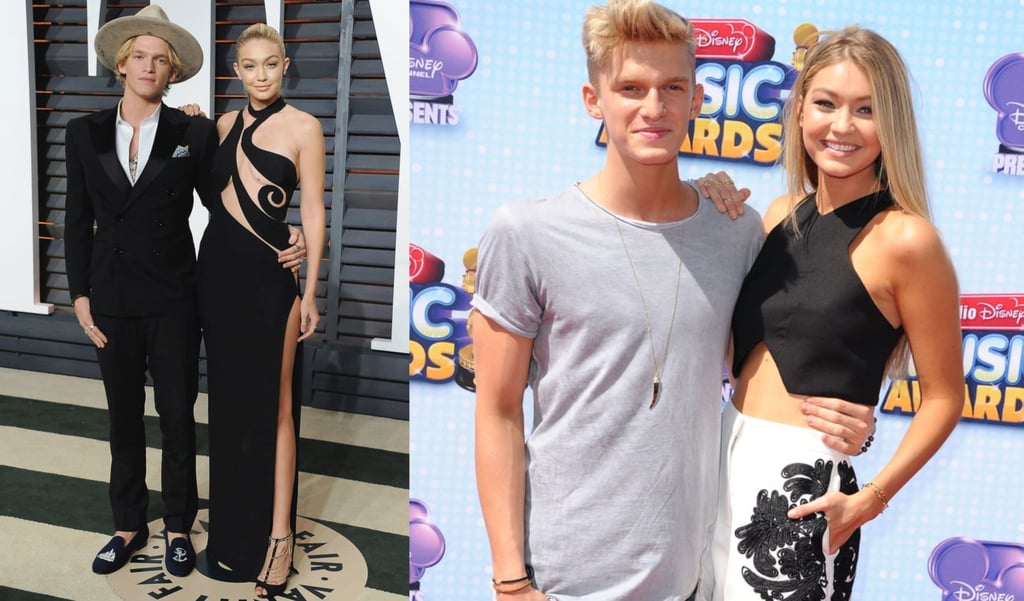 When it comes to Gigi Hadid, there are a few times we know for certain. One, the Palestinian-American supermodel has some serious style. Two, she's incredibly strong and not afraid of tackling rumors and accusations head-on. Three, she has some of the highest-profile and dreamiest relationships in Hollywood, which leads us to today's topic, her relationship with Australian singer, Cody Simpson.

During a recent interview with the Sydney Morning Herald, the 23-year-old singer addressed his former romance, which ran from 2013 to 2015, with the blonde bombshell.

"I dated Gigi Hadid for two years and have always enjoyed being with independent women who are strong individuals," he revealed.

The Prince of Neptune author added that, when it comes to love, he has never had his heartbroken. "I have never really been heartbroken in the deepest sense, but I have been disappointed in relationships," Simpson explained.

We can't help but wonder what disappointments he was referring to, but we are happy to see that both Cody and Gigi have moved on to find new love.

Cody Simpson has been dating singer and actress Miley Cyrus since October of last year and reveals that the "Nothing Breaks Like A Heart" singer encourages to be his own person and that much like Gigi, she too, is fiercely independent. Gigi, on the other hand, has been in a long-standing on and off-again relationship with former One Direction singer, Zayn Malik (the couple are currently on-again, for those wondering).

Because we're feeling nostalgic about the pair that once visited the UAE to ring in 2012, alongside their friends Selena Gomez and Kendall Jenner, we've compiled a cute little gallery of the former couples' cutest moments together. PS: We've even included the music video to Simpson's hit-song "Flower", which features Gigi, herself.