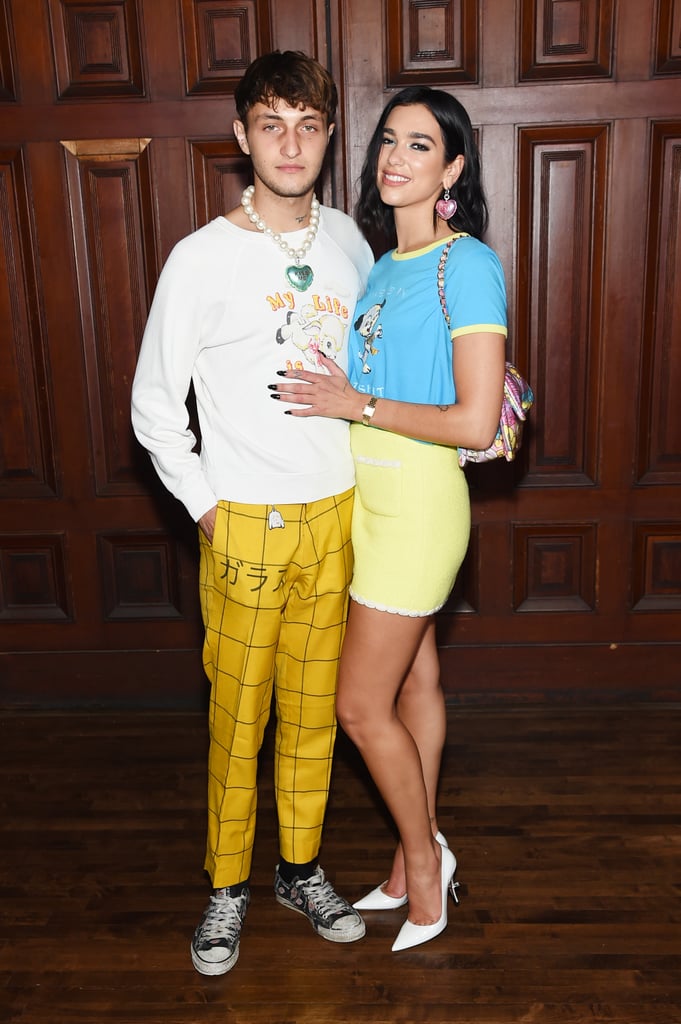 Dua Lipa and Anwar Hadid are going public with their romance. On Wednesday, the duo made one of their first official appearances as a couple as they attended the Marc Jacobs Spring 2020 Runway Show for New York Fashion Week. The couple looked super at ease with each other as they wore color-coordinated outfits and cuddled up for a few photos. They even wore similar heart-shaped jewelry, with Dua's saying "I love you" and Anwar's saying "Kiss me." After posing for the cameras, the two sat front row as they watched Anwar's sisters Bella and Gigi walk during the show.

Dua and Anwar first sparked romance rumors when they were spotted kissing during the the British Summer Time Hyde Park music festival in London back in July. Since then, they have been growing even closer as they support each other at various events. Anwar proudly cheered on Dua during Amazon Music's Prime Day concert special, and Dua was recently by Anwar's side at his grandmother's funeral in the Netherlands. See more cute pictures from their latest outing ahead.