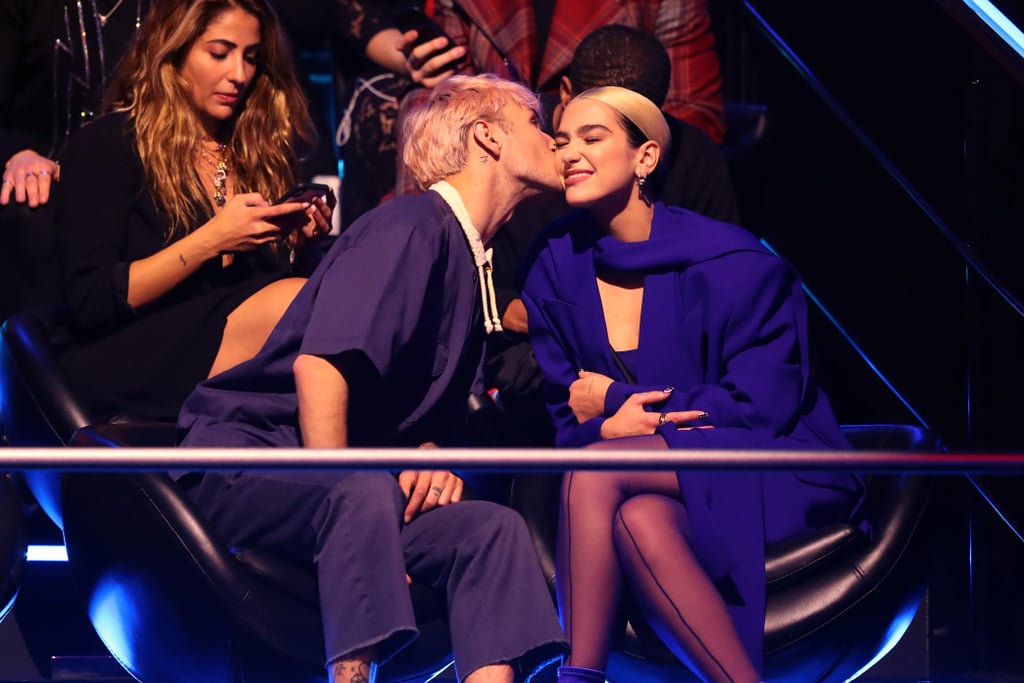 Dua Lipa is the queen of breakup anthems, but she's happily taken in real life. The talented 24-year-old is currently dating 20-year-old model Anwar Hadid, aka the younger brother of Bella and Gigi Hadid. The couple first sparked romance rumors with their PDA-filled appearance at the British Summer Time Hyde Park music festival in July, and eventually made their official debut as a couple at the Marc Jacobs show during New York Fashion Week in September.

Though their relationship is still fairly new, it's clear that they make each other very happy. Whether they're sharing a kiss during vacation or they're attending an award show together, Dua always has a huge smile on her face. See their cutest pictures together ahead.