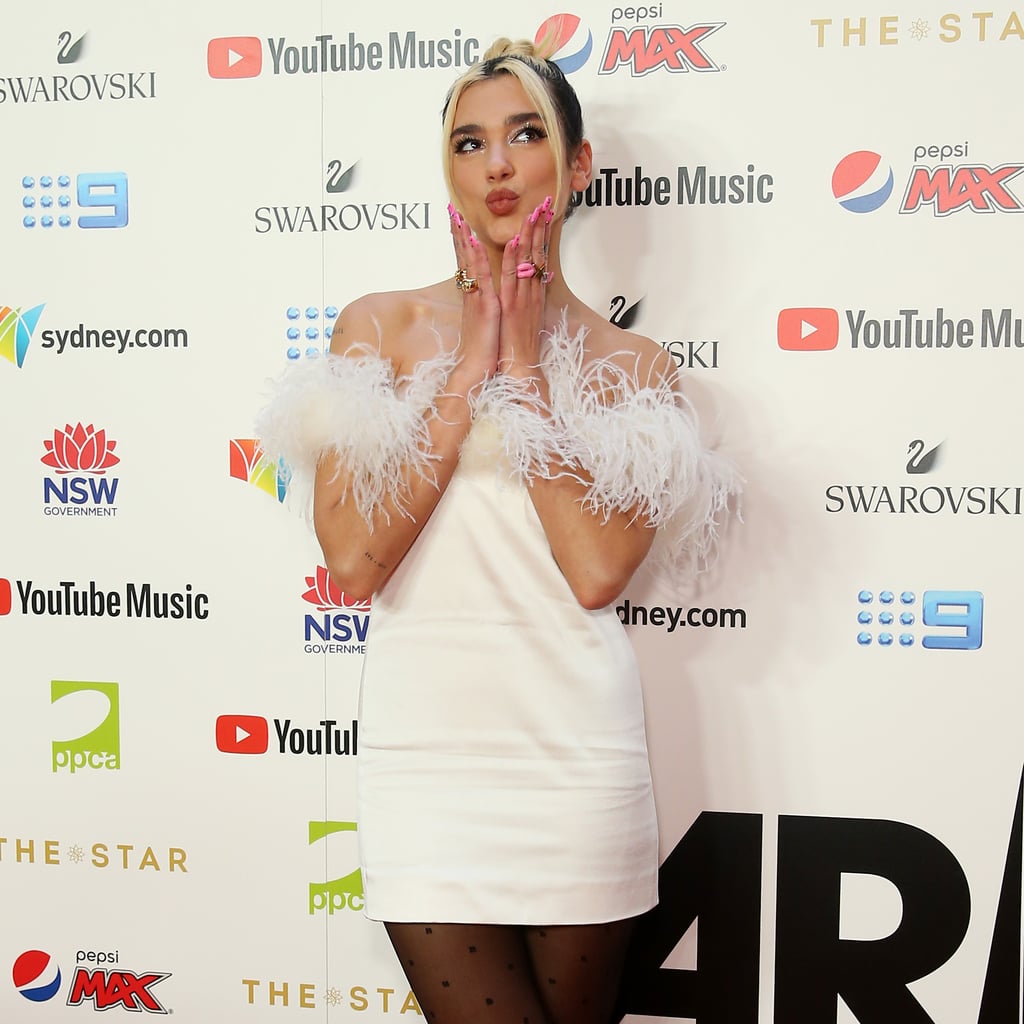 The 2019 ARIA Awards (Australia's version of the American Music Awards) took place in Sydney on Wednesday night, with local and international artists both in attendance. One person we have been impatiently awaiting to see is Dua Lipa, and it's safe to say she did not disappoint. Clad in a white mini dress with a feathered neckline, there's no denying that the songstress was "hotter than hell" while walking the red carpet.

It's certainly been a busy week for Dua, who performed at the AMAs a mere three days ago. There, she sang the first single from her upcoming album, 'Don't Start Now' and she lit up the stage with the same tune in Sydney too. As much as Dua's appearances at both the ARIAs and the AMAs have some striking similarities, there is one key difference: sadly, she did not bring boyfriend Anwar Hadid down under.

Check out all the pictures of Dua rocking the red carpet, and the video of her performance below.