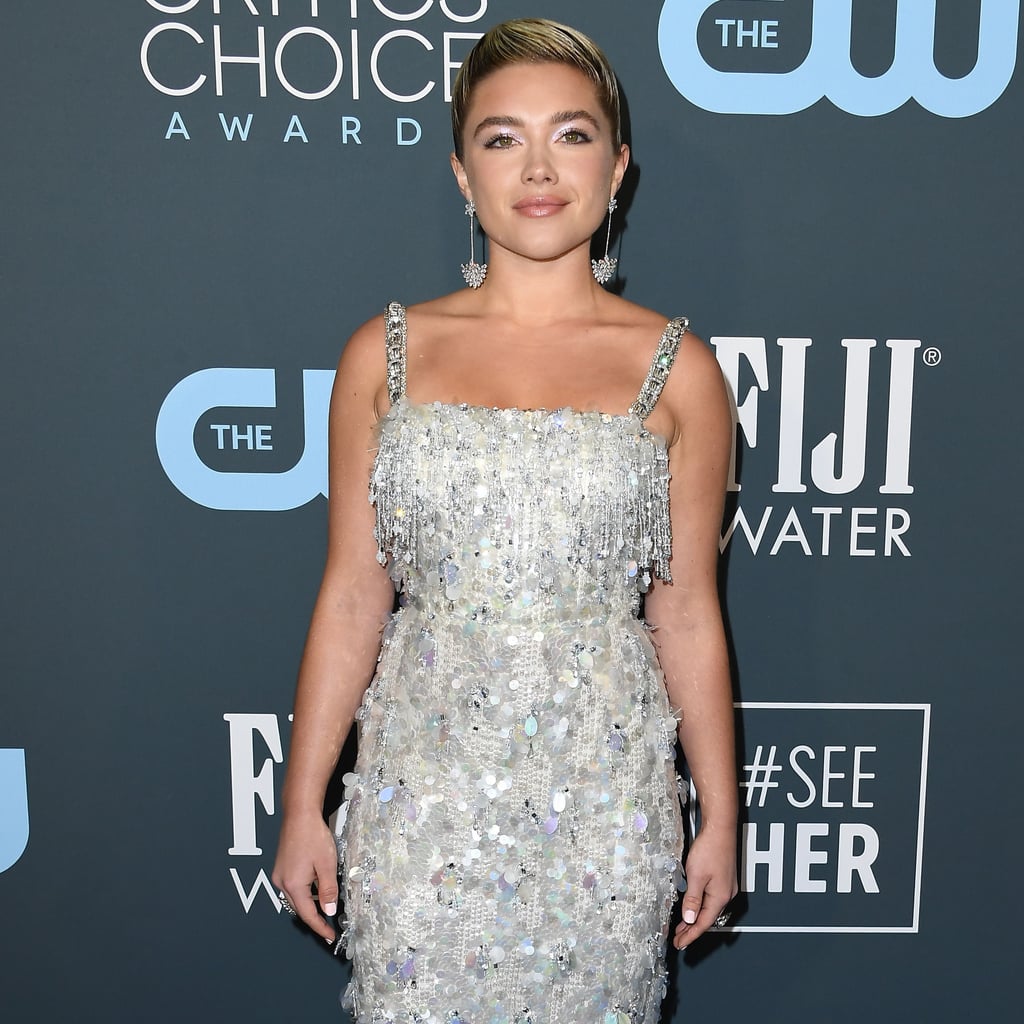 Florence Pugh was dripping glamour at the Critics' Choice Awards on Sunday night. The 24-year-old actress attended the Los Angeles ceremony rocking a silver iridescent gown with drop earrings and an updo. She was there in support of her films Midsommar, which earned a nomination for best sci-fi or horror movie, and Little Women, which earned eight nominations, including best picture and best acting ensemble. Florence also received a nod in the best supporting actress for her portrayal Little Women's incredible Amy March. Look ahead to see more photos from her night!