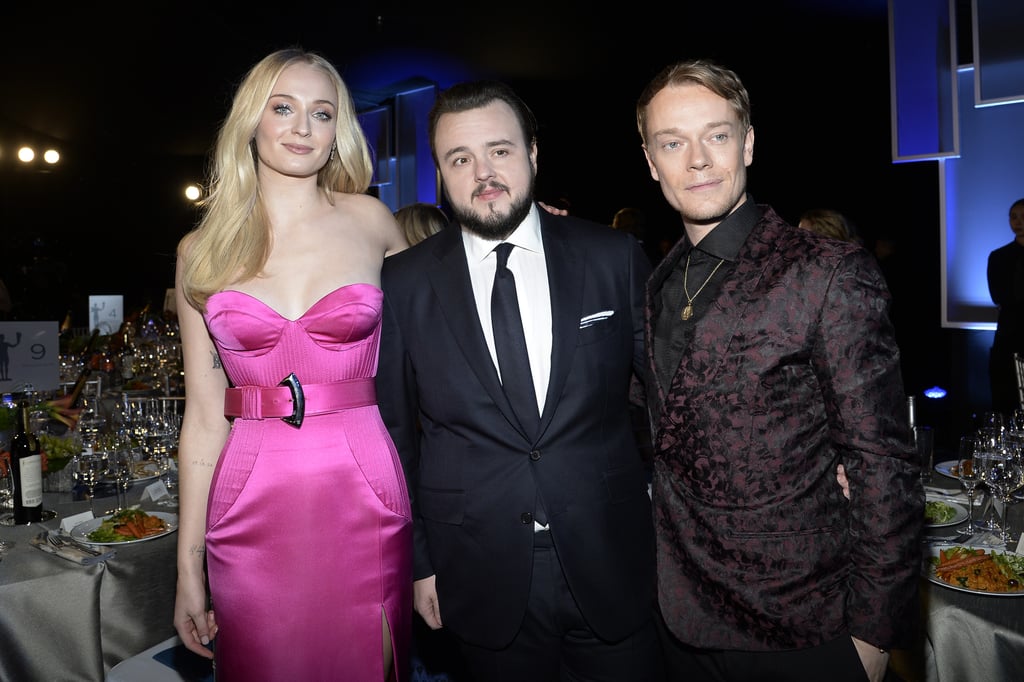 The SAG Awards red carpet is a long way from Westeros, but that didn't stop one of our favorite TV casts from showing out! On Sunday night, the stars of Game of Thrones appeared at the annual event for their last award show together following the show's eighth and final season in April 2019. Sophie Turner and John Bradley both took a walk down the red carpet with their significant others, while Alfie Allen and Gwendoline Christie both took a solo strut that would make the entire Greyjoy line and Ser Brianne of Tarth proud.

The cast already has some celebrating to do as the evening started with the HBO series nabbing the award for outstanding stunt ensemble in a drama series. Their watch might have ended (though ours hasn't thanks to an upcoming GoT prequel series), but we'll definitely never get enough of seeing this cast. Read ahead to see more pictures of the cast at the SAG Awards!