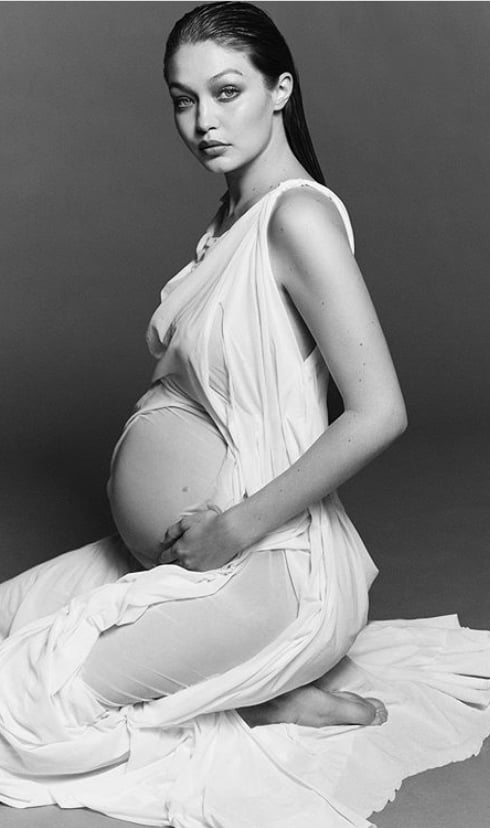 Gigi Hadid just shared a photo from her personal pregnancy photoshoot and, all we can say is "wow"!

The 25-year-old Palestinian-American model, who is expecting her first child with her long time love Zayn Malik, captioned her stunning photo with a cute message that simply read, "growin a angel :)".

Our hearts simply cannot take how radiant she looks and we now want to meet her "angel" that much more!

While we wait to welcome Gigi and Zayn's first born, here's a quick rundown of the couple's relationship timeline so far.

In April 2020: Gigi Hadid's mom, Yolanda, likes an Elle UK Instagram post, which features her interview with Dutch radio station RLT Boulevard. During her interview, the mom-of-three reveals that she can't wait to be a grandmother in Sept.