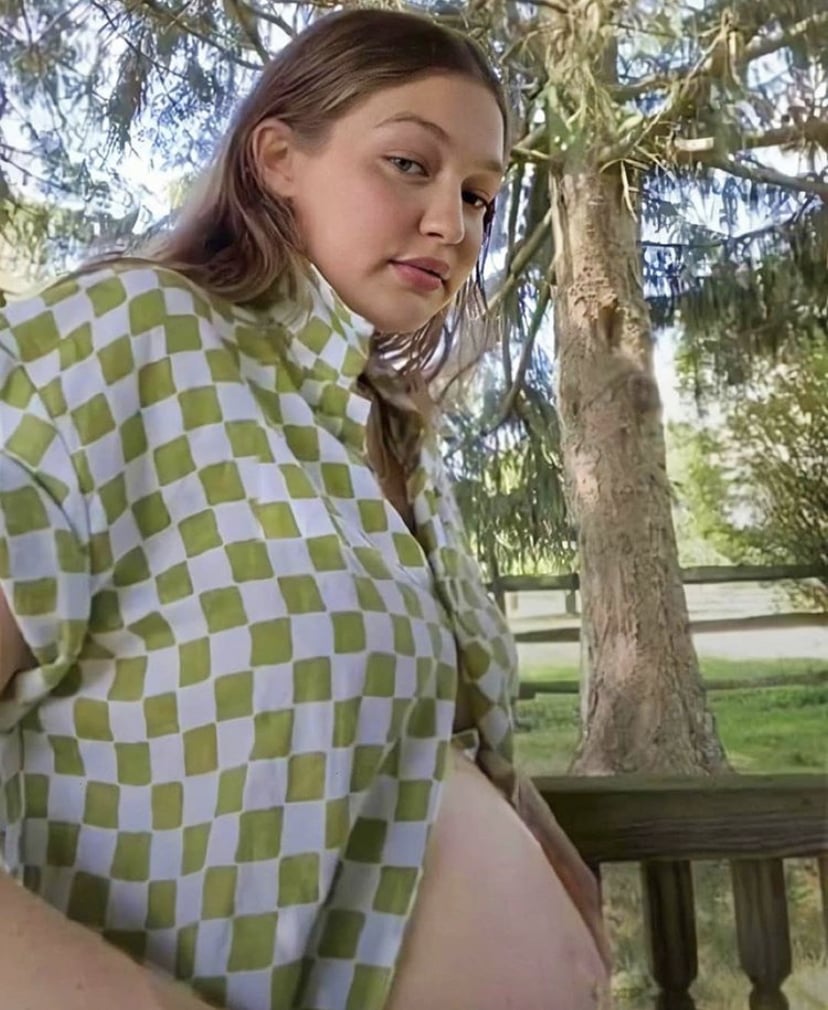 After breaking the internet in April of this year, with news of her pregnancy, Gigi Hadid has finally given fans a glimpse of her baby bump.

During an Instagram Live, promoting her latest journal with V Magazine, the Palestinian-American model showcased her ever-growing baby bump and elaborated on her discussion to shy away from sharing images and documenting her pregnancy on social media.

"Obviously, I think a lot of people are confused why I'm not sharing more, but like, I'm pregnant through a pandemic. My pregnancy is not the most important thing going on in the world," the 25-year-old explained. Adding: "That's a reason that I felt that it's not really something that I need to share apart from with my family and friends. Obviously a lot of people have lost lives due to coronavirus that was in the beginning of quarantine and still happening."

Hadid's statement comes just day after British Vogue published an article, claiming that the cover star, who is reportedly expecting to welcome a baby girl with her long time love, Zayn Malik was disguising her baby bump.

The article was later promoted on the publications Twitter account, with a tweet that read: "@GiGiHadid is yet to post a picture showing her baby bump, but her genius disguise gives an insight into her lockdown pregnancy."

Never one to let the media speak for her, runway queen replied to British Vogue's tweet, with the following: "Disguise...? I said in a baggy jumpsuit the front and side views are visually different stories- not that that was intentional or I was trying to hide anything. Will be proud and happy to share "insight" when I feel like it, thanks."

The elder sister of fellow models Bella and Anwar later added: "For now I am proudly experiencing and sharing this time with my family and loved ones."

During her Instagram Live, which took place just hours ago, Hadid added that she has been documenting her pregnancy and has been sharing images with her family and close friends as she has "heard a lot of people say obviously, 'make sure you don't miss it'".

While we wait to welcome Gigi and Zayn's first born, here's a quick rundown of the couple's relationship timeline so far.

In April 2020:Gigi Hadid's mom, Yolanda, likes an Elle UK Instagram post, which features her interview with Dutch radio station RLT Boulevard. During her interview, the mom-of-three reveals that she can't wait to be a grandmother in Sept.