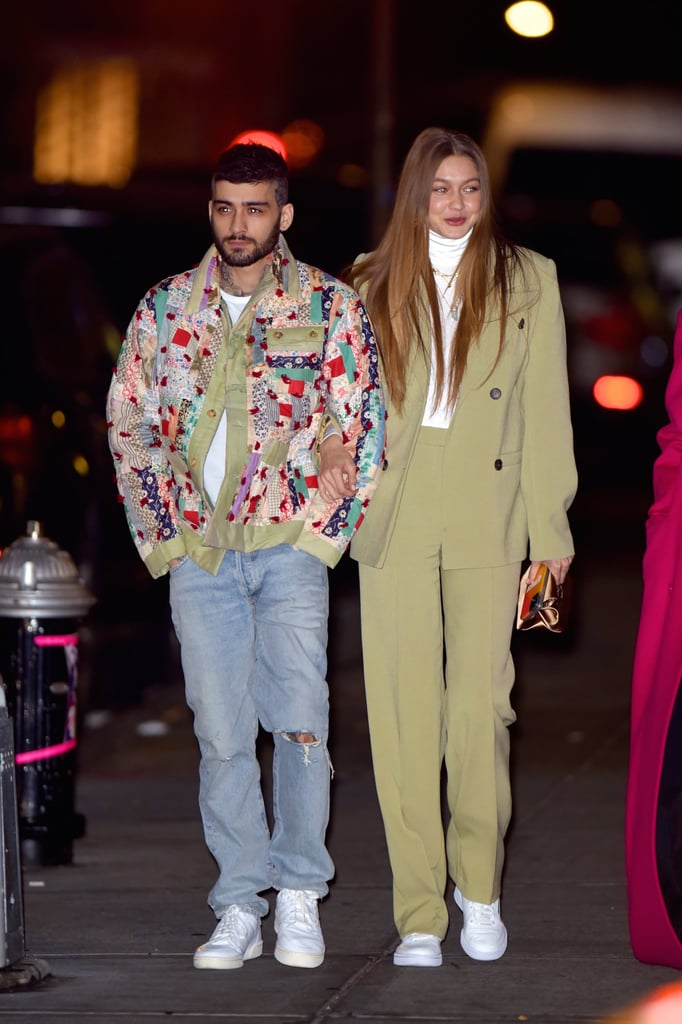 Are Zayn Malik and Gigi Hadid dating again? All signs point to yes. The on-again, off-again couple were spotted showing some PDA while out and about on Saturday. During the New York City excursion, they celebrated Zayn's 27th birthday with dinner and walked the streets arm in arm. The singer and 24-year-old model also met up with Gigi's sister Bella and Dua Lipa, who's currently dating their brother, Anwar.

Zayn and Gigi first struck up a romance in November 2015, and their relationship has been up and down ever since. In June 2016, they briefly split, but quickly reconciled. They again called it quits in 2018 due to their busy schedules which caused them to "drift apart." However, just a few months later, Gigi shared a snap of them cuddling up, confirming they were back on.

In January 2019, it was revealed that they split again. Shortly after, there were murmurs of reconciliation as Gigi was seen leaving Zayn's apartment. However, months later, Gigi sparked relationship rumors with The Bachelorette alum Tyler Cameron. The duo seemed to enjoy their romance for a short while before breaking up sometime around October. And that brings us to this year when Gigi and Zayn were photographed together again for the "Let Me" crooner's birthday outing. Love is complicated, everyone. Look ahead to see more photos from their recent jaunt!