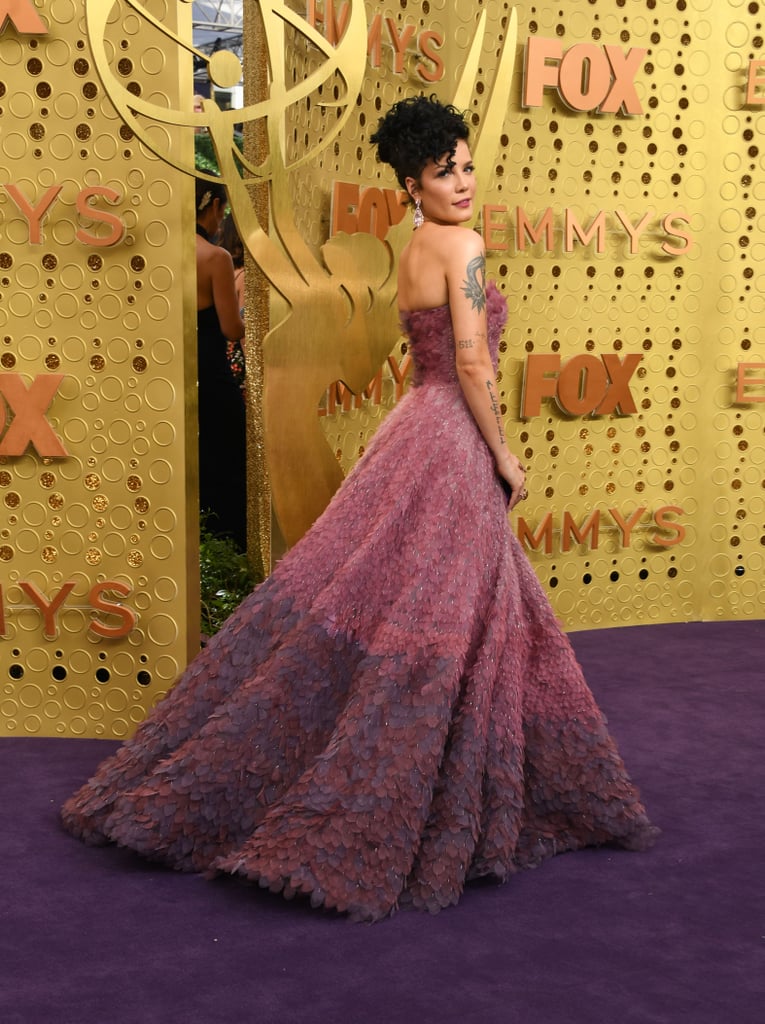 Halsey looked like a real-life princess when she stepped out at the 2019 Emmy Awards in LA on Sunday night. Dressed in a gorgeous pink and purple gown, the 24-year-old singer was practically glowing as she marked her first time at the ceremony. While Halsey isn't nominated for any awards tonight, she is set to take the stage for a special in memoriam performance.

Halsey's big night comes a little over a week after she attended Rihanna's Savage x Fenty show in NYC, where she avoided a potentially awkward run-in with her ex G-Eazy. She also performed at the iHeartRadio Music Festival in Las Vegas on Friday night and recently released her new single, "Graveyard." Yep, it's definitely been a busy month for Halsey. See more of her glamorous Emmys night ahead!